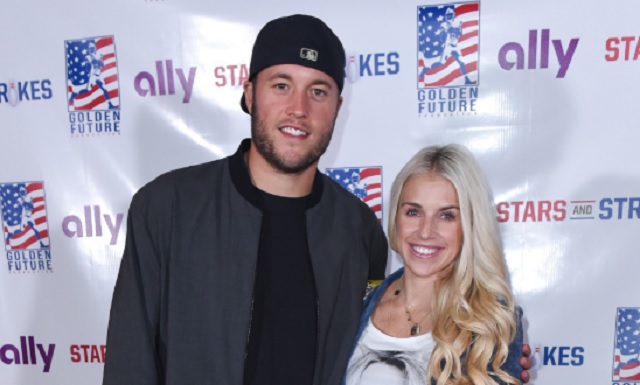 Kelly Stafford has had a change of heart in regards to Colin Kaepernick and players kneeling during the national anthem to protest police brutality.

Back in 2017, Stafford went on a rant criticizing anthem kneelers and how she wanted to see them stand during the anthem.

“I’ve been hesitant to talk about this, as I know I will get backlash from it, but I believe we can stand and show our unity against everything that doesn’t represent what this flag stands for,”

Let’s stand united against terrorists, against racism, against white supremacists, against killing of cops, against police brutality, against sex slave trafficking.. against anything that is not the ideal for this country.

“Let’s unite in the fact that God made us all unique and different and that is something we should cherish. You can disagree with me and that is totally ok.. let’s use this forum to discuss (not yell at each other) and listen to one another

On Sunday, Kelly took to Instagram apologize to Kaepernick and other protestors. In the lengthy Instagram post, Stafford goes on to say that she now understands that kneeling during the anthem isn’t about the military and vowed to fight for social justice by donating $350,000 to the cause.

This is something that Matthew and I have been thinking and talking about for several months now. When Kaepernick knelt during the national anthem, I had strong feelings about it. Even when he kept saying it had nothing to do with the flag or military, I didn’t listen. I kept not listening to him or anyone else and let the political rhetoric persuade me that him kneeling was disrespectful to our military. Over the past several months, I have opened my ears, mind, and heart and it has opened my eyes to see how wrong I was and for that I am sorry. This systematic racism is not going away unless we ALL work on it by working on ourselves and those around us. It’s time for everyone to do their part to help end this system. Matthew and I thought this was a good place to start. We are proud to be a part of this program and we will keep fighting to help end this social injustice. Black Lives Matter.