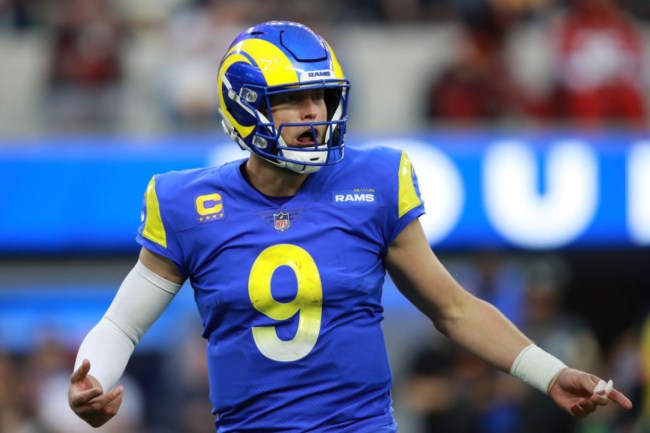 Following the Rams’ home loss to the 49ers in overtime on Sunday, Los Angeles finished the regular season with a 5-3 record on home turf.

After the game, Matthew Stafford put things into perspective as to just how non-existent the home-field advantage is for the Rams and how many 49ers fans made the trip to LA on Sunday.

“We had a chance there at the end of the game. I thought our guys did a good job communicating,” Stafford said, according to Rams Wire. “It was a tough environment for us to communicate in, really, the whole second half. Our guys did a nice job and we got that lead back. Just didn’t finish it the way we can on offense and could’ve – had we gotten a first down there, the game probably would’ve been over.”

49ers Fans Have The Stafford’s Number

That is correct, Stafford partially blamed the Rams’ home loss on 49ers fans being so loud.

This statement has to be infuriating to Rams fans, but based on Stafford’s comments, there aren’t all that many that’ll get angry about what he had to say anyways.

San Francisco fans have truly wreaked havoc on the Stafford family this season.

During the Rams’ 31-10 loss in San Francisco earlier this season, 49ers fans made Stafford’s wife Kelly so angry she threw a pretzel at them.