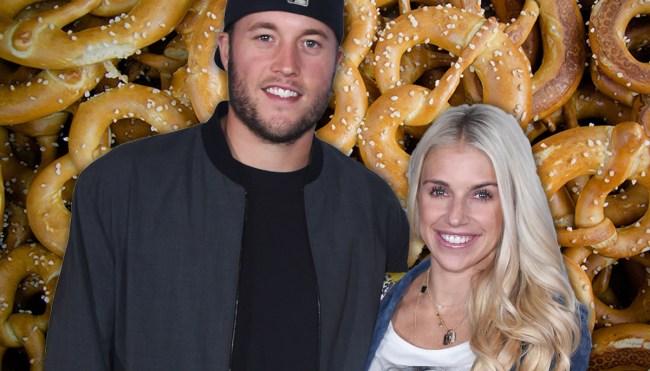 Last month, I did a bit of a deep dive into how Patrick Mahome’s mother, brother, and fiancée managed to become the most insufferable Sports Family in the world over the course of just a few short years. However, they’re far from the only people related to a famous athlete who’ve found themselves under fire for some questionable behavior.

Matthew Stafford’s wife Kelly also has a fairly long history of finding herself in trouble thanks to her inability to log off, as she’s previously caught heat for her stance on NFL players kneeling during the national anthem, labeling Michigan a “dictatorship” due to the pandemic-related protocols she was decidedly not a fan of, and repeatedly defending her husband’s honor against his haters online.

Now, Kelly Stafford has been forced to issue a mea culpa courtesy of an incident that unfolded when Stafford and the Rams faced off against the 49ers in San Francisco on Monday night. During the game, she apparently threw a pretzel at a 49ers fan who was sitting near her at Levi Stadium, and while it doesn’t appear there’s any footage of the incident, another spectator in her vicinity hopped into her Instagram mentions to call her out in the wake of the Rams’ 31-10 loss.

To Stafford’s credit, she took full responsibility for what she described as a “weak moment,” which came after she failed to resist the urge to chuck the edible object at a man who’d been directing “aggressive” comments in her direction. 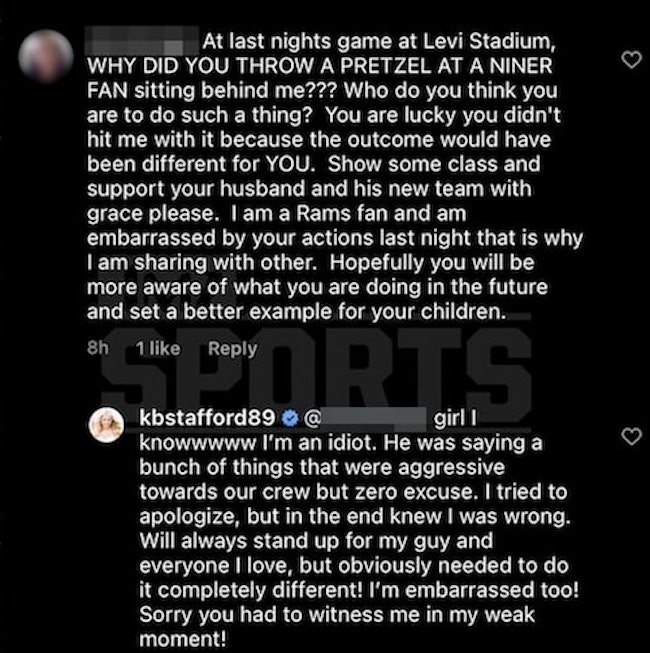 What a waste of a perfectly good pretzel.