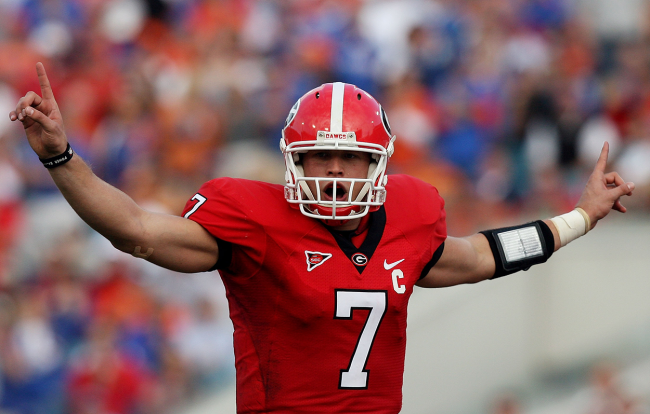 People forget that Matthew Stafford can run. He may not do it often, and he may not be the fastest quarterback in the NFL, but when he takes off downfield, he is not losing yardage.

Over the the course of his 13-year career in the league, he has never averaged less than one yard per carry. And during a few of the years that Stafford spent with the Lions, he averaged more than five yards per carry.

When necessary, Stafford can scoot! During his rookie year in 2009, the former No. 1 overall pick ran for 108 yards on 20 attempts.

Over the course of his college career, Stafford’s rushing talent was hindered a little bit by the amount of sacks that he took, but as a freshman, he ran for 191 yards on 47 attempts. Perhaps his best run, however, came as a sophomore in 2007.

En route to an 11-2 record, a Sugar Bowl win, and a No. 2 end-of-season ranking, Georgia only lost to South Carolina by four and on the road at Tennessee. Later in the season, after rising to No. 6 in the country, the Bulldogs traveled to Atlanta for its rivalry game against the Yellow Jackets.

During the second quarter, while down 3-7, head coach Mark Richt and offensive coordinator Mike Bobo dialed up a read-option. Stafford faked the handoff to Knowshown Moreno, the defense crashed on the back, and the sophomore quarterback scampered 31 yards through a gaping hole for a touchdown.

Georgia went on to win the game 31-17 and finished the year as the second-ranked team in the nation. I