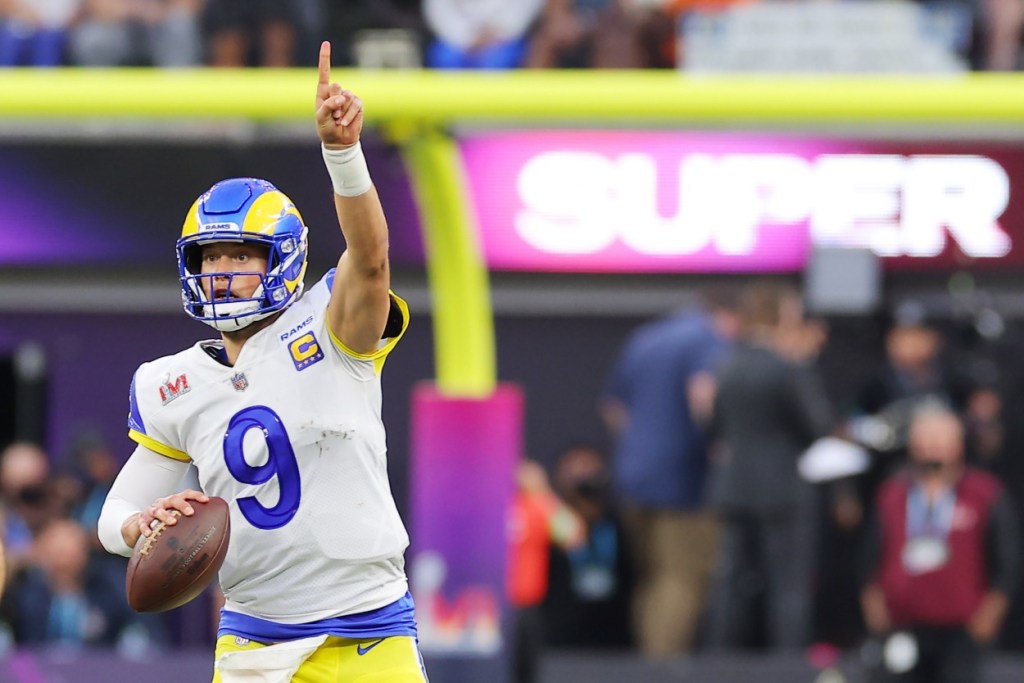 Stafford has thrown for over 4,000 yards in a season NINE TIMES in his NFL career. In 2011 he threw for over 5,000 yards and then came so close the following season with 4,967 cards. Matthew also threw 41 touchdowns in that 5K yard season in 2011, the same amount of touchdowns he threw in his first season with the Los Angeles Rams after LA bet the house on Stafford being the missing piece in their pursuit of a Super Bowl title.

In that 5,038-yard 2011 season, Matthew Stafford threw 16 interceptions which was tied for 7th with Carson Palmer and Eli Manning. Why am I throwing all of these stats out there and why did I bold Eli Manning’s name? Stafford tied a record this season only previously held by Eli Manning, a record that was set fifteen years ago.

Matt Stafford led the league with 17 picks this season.

It's the first time since 2007 (Eli Manning) and just the second time in the Super Bowl era that the QB with the most interceptions that season won it all. pic.twitter.com/zA3iwKane7

In that 2007 season, Eli Manning had a 23 TD-20 INT stat and threw for 3,336 yards. This season, Matthew Stafford was elite when connected with Cooper Kupp and Odelle Beckham Jr.

It’s kind of a shame we have to compare Stafford leading the NFL this season with 17 interceptions (tied with Jacksonville’s Trevor Lawrence) with Eli Manning’s mediocre 2007 season where he managed to get really hot heading into the NFL playoffs but stats are stats.

Fans Joke About The Stafford-Manning Connection

So Jameis Winston has a chance

Bruce Arians says, “Risk it to get the biscuit!” His super bowl championship Team doesn’t care how many he throws.

I’m not so sure this is true as Stafford threw 2 INTs in the Super Bowl and they only won by 3 points but they won and that’s all that matters.

He didn't threw the ints when it mattered.

Here at the BroBible headquarters, we love to argue about whether or not Eli Manning (career .500 winning percentage) is an NFL Hall of Famer. I’m here to say that if Eli is a HOF’er then so is Matthew Stafford who ranks 12th all-time in NFL Passing Yards with 49,995 and counting (3rd most by active players).

To echo that, Hall of Famer Michael Irvin said this morning on ESPN’s First Take that Matthew Stafford getting a Super Bowl ring “solidified that he well get that gold jacket” so this isn’t just me being a Stafford stan. This was the missing piece from an otherwise Hall of Fame-worthy career.

Two-time Super Bowl champion Eli Manning will likely also be inducted into the NFL Hall of Fame despite finishing his career with a .500 winning percentage (117-117-0).