Matthew Wolff Tries To Putt His Ball Out Of A Bunker At The Masters, Fails Miserably 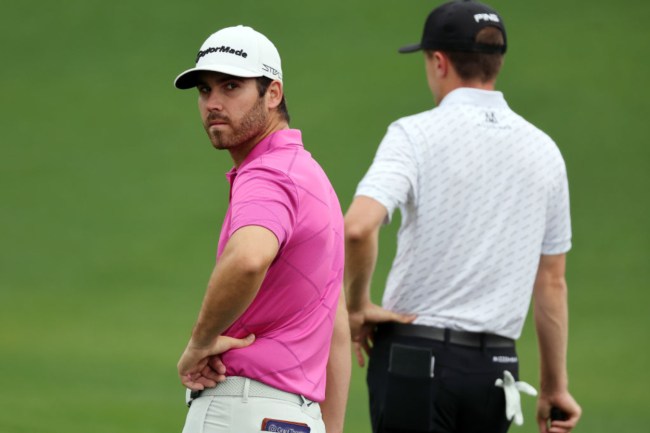 Things got off to a quick start, and not in a good way, for Matthew Wolff during his opening round at the Masters on Thursday.

Wolff started his round with a double bogey on the first hole and followed that up with back-to-back bogeys. Frustrations then hit a new high on the Par 3 fourth hole as he snapped an iron after his tee shot found the greenside bunker.

Matthew Wolff is not having a good day. pic.twitter.com/aPyGQQxX0k

He managed to save par at No. 4 and reeled off two more on the fifth and sixth holes, but things jumped off the rails yet again on the Par 4 7th.

After hitting a punch shot over the green into a greenside bunker, Wolff was left with an extremely difficult shot.

Instead of taking out a wedge and attempting to land a bunker shot in a very small area, he decided to pull out his putter.

That’s right, Wolff tried to putt his ball out of the bunker from behind the 7th green.

It did not work out well as he left the ball in the bunker.

Matthew Wolff just tried to putt the ball out of the bunker on No. 7 … it did not work pic.twitter.com/WFmDad1K1N

After leaving his putt in the bunker, Wolff grabbed a wedge for his fourth shot and was able to get that up-and-in to save bogey.

Wolff carded an opening-round 81 on Thursday that included 9 bogeys and one double bogey.