Don Mattingly Tricked Trevor Rogers Into Thinking He Was Being Sent Down, Tells Him He’s An All-Star 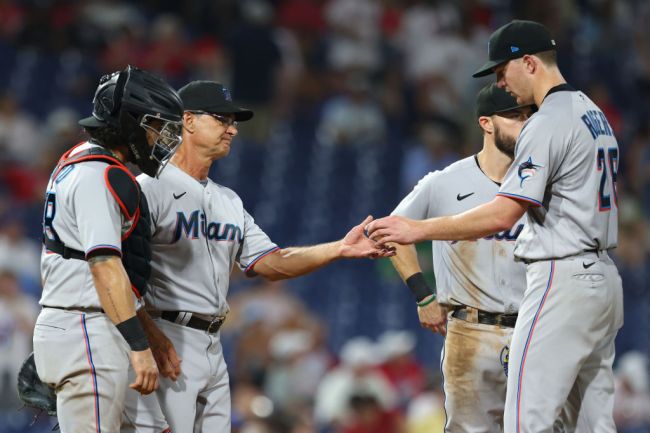 Rogers made his MLB debut during the COVID-shortened season in 2020 and gave up 6.11 runs per game in his first seven starts. His incredible year two has made him the no-doubt favorite to win 2021 NL Rookie of the Year if his success continues.

He has recorded 15 strikeouts over his last 10.2 innings and became the first left-handed rookie to strike out 100 or more batters in his first 15 starts since Clayton Kershaw in 2011. Needless to say, his first half has put the MLB on notice and deserves proper recognition.

Rogers received that nod and was selected to the All-Star Game next month. The way he found out was unconventional.

Prior to Miami’s game on Sunday, manager Don Mattingly called his 6-foot-5 starter into his office. Instead of breaking the good news right away, Mattingly pranked Rogers into thinking he was being demoted.

The team was going to “control (his) innings through the course of the year” and send him down to AAA. Rogers, amid a ridiculous tear in The Bigs, seemed confused.

Mattingly then asks him if he has any plans for the break. Rogers said he was planning to head home to Carlsbad, NM. At was at that point that his manager told him to change his plans because he was headed to the All-Star Game in Denver.

That one time @T_Raw1691 thought he was being optioned to @JaxShrimp.

Here’s how the All-Star found out he was headed to Colorado. #JuntosMiami pic.twitter.com/btC70oS6HF

Rogers is the only confirmed Marlins player to be selected for the game and it’s easy to see why:

The game will be played on July 13 at Coors Field in Denver.