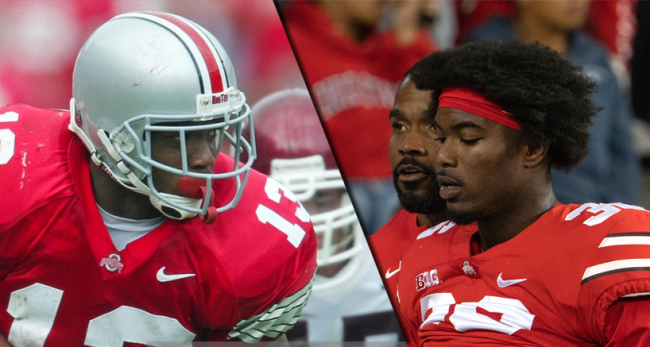 One of the bigger, and more unusual, stories to come out this past weekend’s college football action surrounded the actions of Ohio State Buckeyes linebacker K’Vaughan Pope.

Once in the locker room, Pope tweeted out “fucc Ohio State.”

“Senior linebacker K’Vaughan Pope has been dismissed from the Ohio State football team. K’Vaughan will continue to have the use of programs that benefit our student-athletes, such as our Student-Athlete Support Services Office, and we will support him with his progress toward graduation. He will remain on scholarship through the duration of his semester,” Day said in a statement.

Ryan Day talks about K’Vaughan Pope leaving the field in the middle of #OhioState’s game against Akron. 😳

Sunday afternoon, Pope was back on Twitter, this time with an apology.

“Last night I let my emotions get the best of me,” he tweeted. “For that I want to apologize to my teammates, coaches and Buckeye Nation. I made a mistake and know that I need to be better and do better. I’m going to take this time to reflect and work on my mental well-being.”

Former Ohio State star running back Maurice Clarett, who is no stranger to being embroiled in controversy and making questionable decisions while playing for the Buckeyes (he was dismissed from the team after setting a school record rushing for 1,237 yards and 18 touchdowns as a freshman), asked Day to give Pope a second chance.

“I’m rooting for this young guy. Sh*t happens,” Clarett tweeted. “@day.ryan I hope you give him another chance. Being derailed when you’re young can alter your future. Young guys need support when they f*ck up! Keep your head up @VonP04.”

I’m rooting for this young guy. Sh*t happens. @day.ryan I hope you give him another chance. Being derailed when you’re young can alter your future. Young guys need support when they f*ck up! Keep your head up @VonP04 pic.twitter.com/n94wvatIGz

Pope, a four-star linebacker coming out of high school in 2018, according to the 247Sports Composite rankings, complied 19 total tackles, eight solo tackles, 1.5 tackles for loss, two interceptions, and three pass deflections in his three-plus years at Ohio State.