Maurice Jones-Drew Rightfully Asks ‘What Is Going On?’ In Jacksonville After The Jaguars Release Leonard Fournette 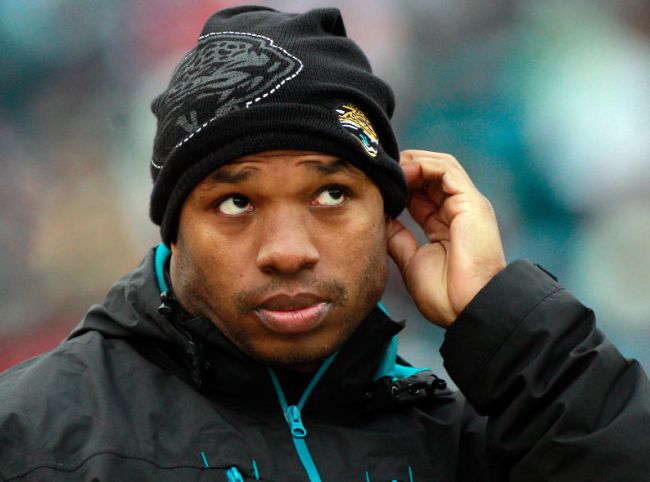 When you consider Josh Allen earned a spot in the Pro Bowl following his first season in the NFL after being picked up by the Jaguars in the 2019 NFL Draft, it seems like Jacksonville made a pretty good call when it opted to scoop up the defensive end with the seventh selection. It was a nice change of pace for a team that had burned a couple of first-rounders on Blaine Gabbert and Blake Bortles earlier in the decade in the hopes they’d transform into a franchise quarterback only to quickly discover both men were the polar opposite of that, and it’s safe to say the decision-making skills of the people in the front office has left more than a bit to be desired.

Sure, they also nabbed another Pro Bowler in the form of Jalen Ramsey in 2016 but traded him less than four years later following a high-profile dispute with head coach Doug Marrone and it’s not exactly a secret that players aren’t flocking to Jacksonville thanks to the institutional problems that led the NFLPA to formally warn guys to think twice about signing there last year.

Over the weekend, we learned former Jaguars defensive end Yannick Ngakoue not only took a $6 million pay cut to get the hell out of Jacksonville but decided to willingly subject himself to a Minnesota climate that’s slightly less welcoming than the ones you experience when you live in Florida for the majority of the winter, which tells you basically all you need to know about what it’s like to play for the team.

Ngakoue's franchise tender, which he never signed in Jacksonville, was worth $17.788 million. And that was in a state with no personal income tax. So the fee will end up being upwards of $6M for what Ngakoue wanted: a fresh start, in Minnesota.

On Monday, that news was overshadowed by another transaction after the Jaguars revealed Leonard Fournette will be getting a fresh start of his own after the team announced they were releasing the running back four years after they used the fourth pick in the draft to add him to the roster.

We have waived RB Leonard Fournette.

Fournette may not have lived up to expectations to a point where Marrone claimed the Jaguars couldn’t even get any teams to offer a paltry sixth-round pick when they tried to shop him around before ultimately waiving him. With that said, there is still plenty of blame to be placed on the franchise for how it handled this particular situation, which is exactly what Maurice Jones-Drew did when the retired running back questioned exactly what the hell is going on with his former team while trying to find an explanation for yet another misstep in an impressively long line of them.

Can anyone tell me what is going on in Duval? How do you draft a player top 5 and cut him 3 years later? How? How do you say his skill set doesn’t match your scheme when he is your best player at your position? What philosophy in football is successful without good players?

I guess there’s a chance the Jaguars decided you don’t really need to care that much about your running back situation when you have a quarterback with a magical mustache that grants him the ability to throw a football over them mountains but that seems like a fairly bold strategy on their part.

I guess only time will tell if it pays off for them.