Fans Cried, ‘Play It As It Lies’ After Max Homa Hit A Shot That Landed Perfectly On A Golf Cart 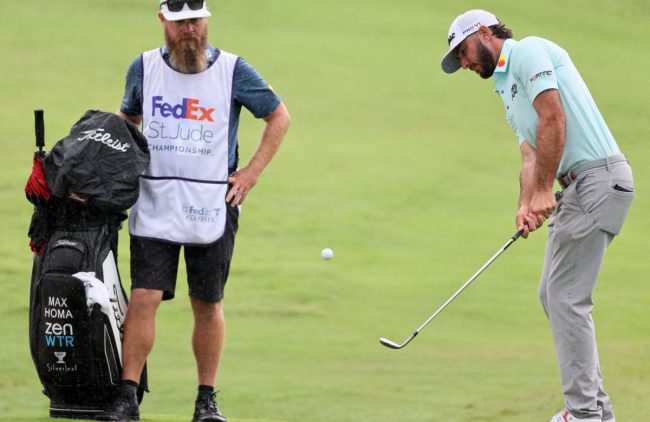 Max Homa found himself in a Shooter McGavin-type scenario on Thursday after hitting an improbable shot in the FedEx Cup Playoffs.

Homa entered this weekend’s event ranked as the world’s 22nd best golfer. He’s hoping to find success in the Cup as he closes out the PGA season.

The golfer found himself in a sticky situation on the first day, firing a shot that went a little wide of its intended target. While making his way through the opening round, Homa smacked a ball that faded away from the fairway and into the rough.

It appeared to be making its way into the crowd but fell a bit short of spectators after finding a hilarious landing place. Homa walked over to find his ball nestled up beneath the feet of a PGA course attendant who was sitting in his golf cart.

Everyone had the same initial reaction upon seeing the ball’s landing place.

Everyone had the same reaction after seeing Homa’s shot land on the golf cart, flashing back to that famous scene from Happy Gilmore.

Social media called for Homa to play the ball as it lies. Take a look at the immediate response.

Play it as it lies Max! Or have you forgotten where you came from? https://t.co/EjML2LrNFu

“You have to play the ball as it lies.”

Unfortunately, he didn’t shoot off the golf cart. While his drop to the rough might’ve made things easier on Homa’s end, a shot from a vehicle would’ve certainly provided more entertainment to viewers.

Homa recovered nicely from the miscue, finishing the day at -4. He’ll look to have the same success on day two.