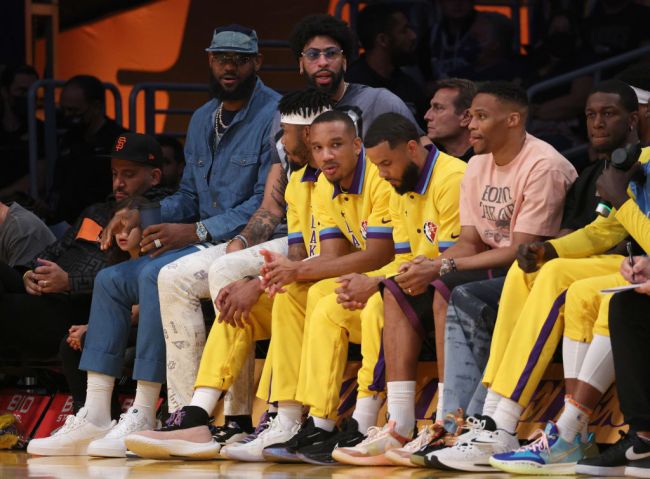 The Los Angeles Lakers fired Frank Vogel this week. Actually, it was more like Adrian Wojnarowski fired him in a tweet and then the Lakers just confirmed he had been fired. Either way, the move left the lakers without a head coach.

That has left many in the basketball world wondering where the Lakers would turn for a head coach who turn save this sinking ship. A number of experienced coaches have been brought up as possibilities.

It’s a wild idea, but at this point what do the Lakers have to lose by making this move? Their season was a disaster. Their stars didn’t mesh. They have no cap space to add players that can turn the team around. They have no viable trade pieces. What could it hurt to turn LeBron into the NBA’s Jackie Moon?

Sure, LeBron James couldn’t possibly produce a piece of music that withstands the test of time like “Love Me Sexy”, but he’s essentially already a player-GM. We all know that every move in his career has been carefully calculated and he has certainly had the pull in the front office of every team he has played for. Maybe the Lakers should just add “coach” to his title.

Surely the guy responsible for “I want IguoDALA” couldn’t be wrong, but if it doesn’t work out, maybe the Lakers could just trade a washing machine for Ed Monix.