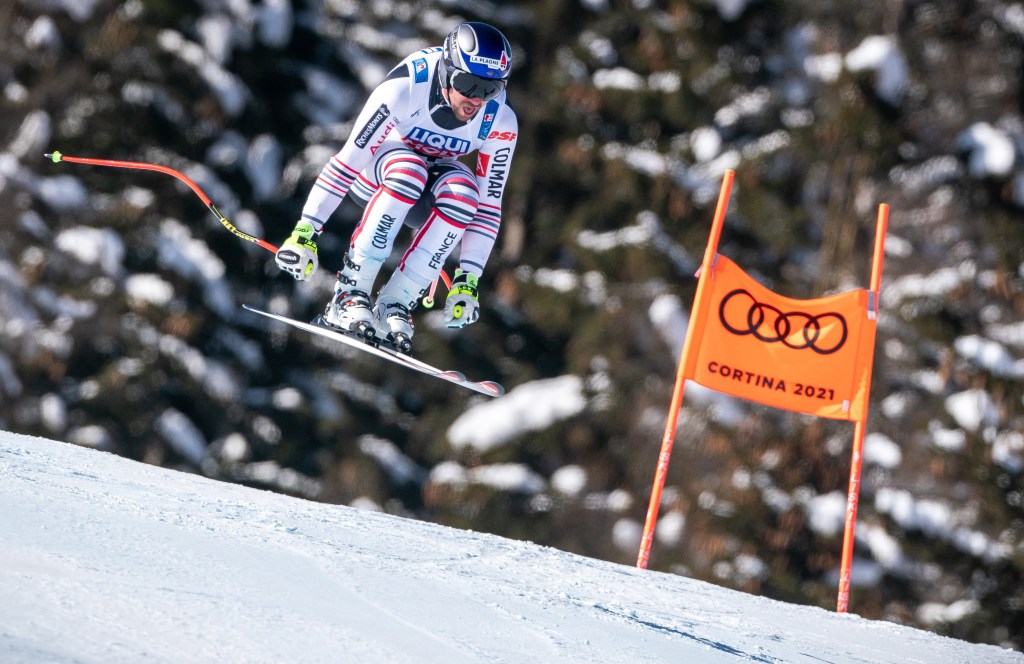 For whatever reason, I found myself watching downhill skiing over the weekend. I think it’s because my TV box was already tuned to NBC Sports when I flipped on my TV but I left it on for a while because it never ceases to amaze me that these guys are willing to throw themselves down a mountain faster than most highway speed limits in the world.

French downhill skier Maxence Muzaton has been on the World Cup for 8 seasons. He has yet to win a medal on the World Cup circuit but he did win a Super-G gold medal at the 2010 World Championships. I’m a casual fan of the sport, at best, so his name isn’t one I’m super familiar with but yesterday he caught everyone’s attention with his wild crash.

At the FIS Alpine Skiing World Championships in Cortina, Italy, Maxence Muzaton lost control and appears to have smacked his head. This happened while he was traveling at about 117.3 km/h which is just a fraction under 73 miles-per-hour. Taking a spill at that speed could lead to life-changing injuries but he somehow managed to take the hit and then recover while looking completely dazed.

Here’s the feed of his crash and miraculous recovery with some alternate angles of the wipeout:

I don’t want to throw out the word ‘concussion’ here because I have no idea what happened to him, but as a guy who has suffered through four concussions in his lifetime, I’m fairly certain I would’ve gotten one from smacking my upper half that hard. And he looks SHOOK after that hit. It’s crazy how his body managed to twirl in just the perfect way to recover from the crash without sending him careening down the mountain heel over head.

My ‘suggested videos’ on YouTube after watching that included this ‘worst crashes’ from last season and it’s wild how violent some of these wipeouts are. So often, they have zero control of their limbs and are just hoping for the best.

The Winter Olympics are just around the corner in Beijing. So now’s a great time to start familiarizing yourself with the names in some of these non-mainstream sports.