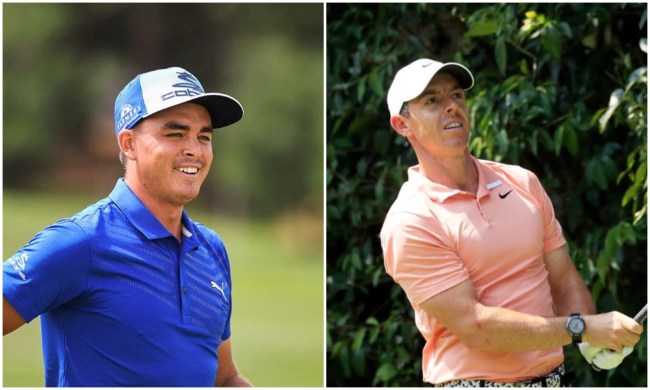 We already have the Tiger Woods, Phil Mickelson, Tom Brady and Petyon Manning charity match to look forward to towards the end of May and now we’ve got another charity match on the docket that will feature some of the game’s most exciting players.

World No. 1 Rory McIlroy will team up with Dustin Johnson to take on Rickie Fowler and Matthew Wolff in a skins match called the ‘Taylormade Driving Relief‘ on May 17.

The event will feature a $3 million purse provided by UnitedHealth Group with all proceeds going to the American Nurses Foundation and CDC Foundation to aid in efforts during the pandemic. There is also another $1 million being donated to Off Their Plate, which is an organization that provides meals for healthcare workers.

While the Woods and Mickelson match will be interesting and entertaining in its own right thanks to the two amateurs named Tom Brady and Peyton Manning thrown into the mix, but this match should be fun to watch as well.

You have the No. 1 player in the world teamed up with DJ, who may not be too entertaining mic’d up, but McIlroy should be able to carry the load for the both of them from that perspective. Not much needs to be said about Fowler other than the fact that he’s one of the most popular players on the planet and then you have the 21-year-old Wolff who’s already a PGA Tour winner and just so happens to have the most fascinating swings on Tour.

It won’t get the same number of eyeballs compared to the other match, but there’s no denying that the golf world will tune in to watch these four guys compete for a good cause.

The match will take place at Seminole Golf Club in Juno Beach, FL, and will be aired on GOLF Channel, NBCSN, and Sky Sports from 2:00-6:00 PM EST.