Hoping To Cash In On A Losing Bet After Medina Spirit Failed A Drug Test At The Kentucky Derby? You’re Probably Out Of Luck 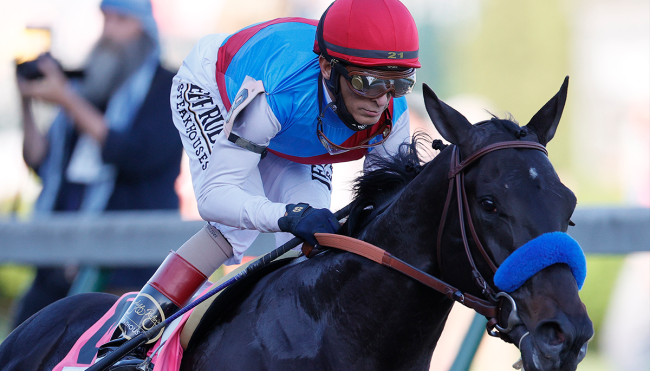 It’s safe to assume more than a few people who picked Mandaloun to win the Kentucky Derby angrily threw their crumpled betting slip to the ground when Medina Spirit cross the finish line first earlier this month, just like it’s safe to assume they were even angrier they learned the winning horse failed a post-race drug test over the weekend.

On Sunday, Churchill Downs released a statement after it was revealed Medina Spirit tested positive for illegal levels of the anti-inflammatory betamethasone, saying it had banned the horse’s legendary trainer Bob Baffert from the track and that Mandaloun will be named the official winner of the 2021 Kentucky Derby pending the testing of a second sample.

On Monday, Baffert denied he had any knowledge of the substance being used to treat Medina Spirit and implied the positive test was actually the result of the horse eating hay that had been peed on by someone on cough medicine (while also blaming “cancel culture” for good measure).

Baffert: My horse is a victim of cancel culture pic.twitter.com/PgWWtiidAI

This isn’t the first time Baffert has been accused of deploying unsavory tactics to win a race in a sport plagued by controversies that have constantly called its integrity into question—and one with an economy that’s largely based on the more than $1 billion people wager on it each year.

As someone who had bet on Mandaloun after harnessing my tried-and-true “Pick A Random Horse With Double-Digit Odds And Have My Buddy Text His Bookie For Me” strategy, I viewed the news as a glimmer of hope. Unfortunately, if you’re hoping to cash in on a losing bet, you probably don’t want to get your hopes up.

The Louisville Courier-Journal had horse racing expert Bob Heleringer shed some light on the matter following a similar controversy after the owners of Maximum Security attempted to overturn the decision to disqualify the horse for interfering during the Kentucky Derby in 2019.

At the time, he told the outlet that all bets are literally off once the results of the race are officially certified regardless of what may unfold in the wake, calling the rule “one of the most irrevocable standards in racing.” You have to imagine there will be some sportsbooks out there who wil try to drum up some good publicity by offering refunds or even honoring bets if Mandaloun is eventually named the winner, but you might not want to hold your breath.