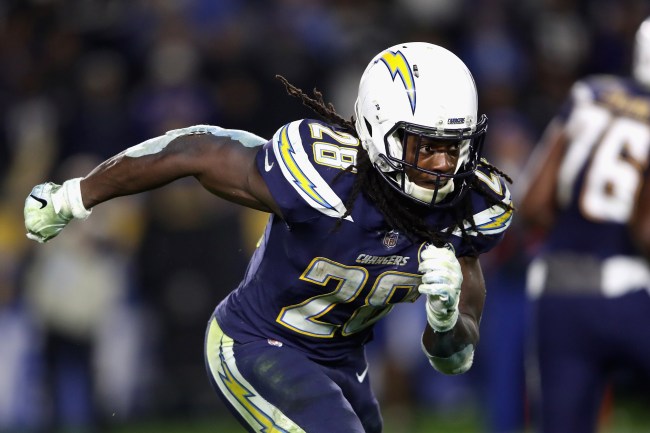 It seems pretty likely that Los Angeles Chargers running back Melvin Gordon is going to miss plenty of regular-season games with his holdout and it also appears that the Chargers are not interested in paying him what he wants.

Yesterday afternoon, the team granted Gordon the opportunity to seek out a trade as GM Tom Telesco claims that the Chargers would table contract talks with the running back until the end of the season.

Some potentially big news for the #Chargers: They have given the reps for Melvin Gordon permission to seek a trade, sources say. He’ll explore his options, which include returning. But big few days.

Tom Telesco says the #Chargers have informed Melvin Gordon and his camp that contract negotiations will be suspended until the end of the season.

Gordon has since begun following several teams and players he appears to be interested in getting traded to on social media.

Melvin Gordon trying to slide up in those DMs. Just started following Eagles, Raiders, Falcons and 49ers on IG pic.twitter.com/KIxakwiLXf

Melvin Gordon just posted this to is IG: #Chargers pic.twitter.com/i7kJUB1uR7

Unfortunately, it doesn’t seem like Gordon is going anywhere or getting paid anytime soon.

No one is going to pay Melvin Gordon what he wants and give the Chargers real value in trade. Giving him permission to seek a trade is all about letting him realize it's not happening.