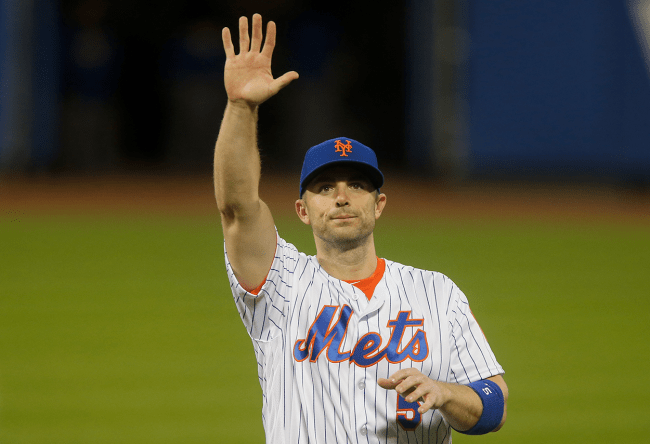 The New York Mets cannot seem to get out of their own way. Not only are they constantly the butt of every joke for their on-field play, but they continue to make decisions that baffle not only their fanbase, but everyone on the planet.

That was the case again on Friday.

Because of the current Major League Baseball lockout, social media feeds are rather dull. Teams have been instructed not to use their players’ names or cover them in any facet on any form of social media. Not Twitter, not Facebook, not Instagram, not TikTok.

The reason behind the new policy is not only unclear, but extremely petty.

Nevertheless, it is the new rule. No current players on feeds.

With very little content to push out, the Mets decided to honor one of their all-time greats, David Wright. Wright played 13 years in New York, was a seven-time All-Star and was a captain for the vast majority of his time in the Big Apple.

He is also one of the names that have been floated around in regard to the team’s opening at manager. But that’s beside the point.

The Mets official Twitter account posted a graphic on Friday afternoon that payed homage to Wright with the caption “The Captain” and no other context. There is only one problem— the graphic makes it appear as though Wright has passed away.

Wright is very much alive, despite what the graphic and social copy might make it seem. He is not dead.

In response to the bizarre tweet, the internet had a lot of questions and quips. Everyone thought the same thing and had the same reaction.

Heart skipped a beat looking at it

that was my immediate reaction, too

Did he die wtf is this

Seriously guys, don’t tease like this. is he OK?

May he find peace

Jesus Christ I thought he …

shit like this needs context bc i was thinking he died https://t.co/RQKuCTsqpi

why tf would u do this i thought he died or something ????? NEVER DO THIS AGAIN LMFAO https://t.co/UnQXiEhqbr

Rest in Twitter peace, David Wright. May you live long and prosperous in real life.