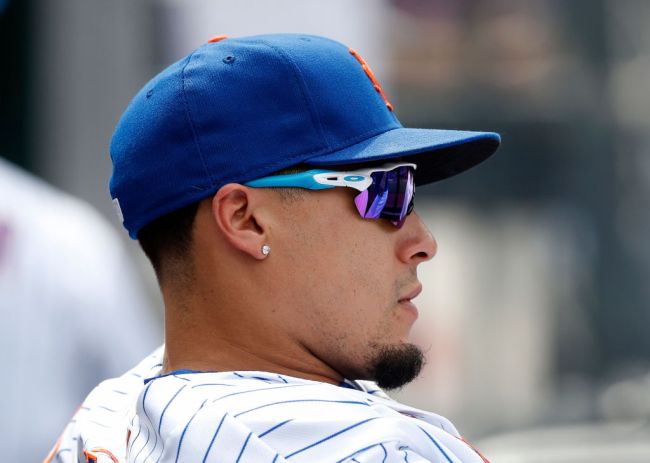 A full-blown investigation into Javier Baez’s missing diamond earring continued into Wednesday afternoon and the Mets are leaving no blade of grass unturned.

Baez, who was traded to New York in July, was at the forefront of a dramatic victory over Miami on Tuesday. However, it came at the expense of his flashy jewelry.

In the ninth inning, the Mets erased a four-run deficit, with the 28-year-old shortstop scoring the winning, walk-off run.

Javy Baez scores on a walk-off win for the Mets 👍

Baez lost his earring either during the slide or during the in the ensuing celebration and it led to an all-out search to locate the stud.

Players and staff spent at least four hours looking all over the field. Even the team president Sandy Alderson joined in on the recovery efforts.

Per Baez, the Mets were unable to find the diamond. They found the back of the earring, but they could not locate the important part.

The latest on Javy Báez's earring: they found the back of it but the diamond might've went into the ground.

Might need to utilize the metal detectors after the game. pic.twitter.com/akpWcdUJfv

As of Tuesday evening, the team did not have any luck. But they are not giving up yet. Per MLB.com’s Anthony DiComo, the organization’s search and rescue mission continued into Wednesday afternoon.

DiComo stated that the Mets have even called upon its analytics department to help comb through video. They are looking at every angle, slowing it down, and trying to figure out exactly where the earring may have fallen.

One picture in particular, published on the cover of Newsday Sports, has gained interest. 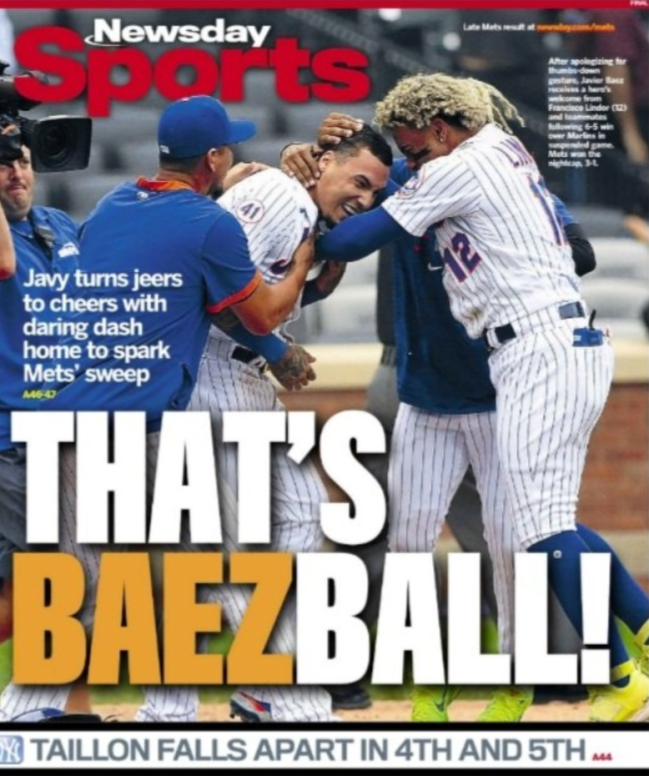 Look very carefully on the blue jacket of the person to Baez’s right (if you’re looking at the cover). 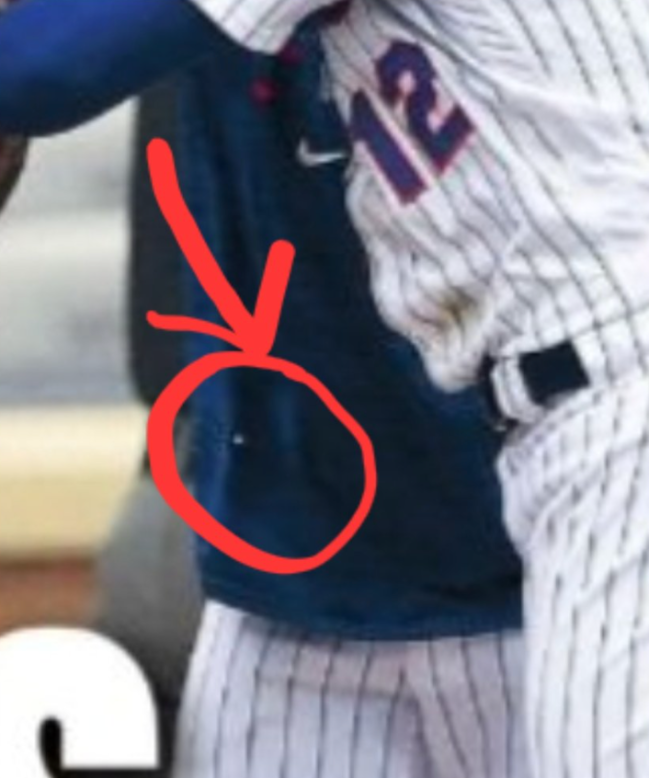 Might that be the earring? Stay tuned as the search continues!