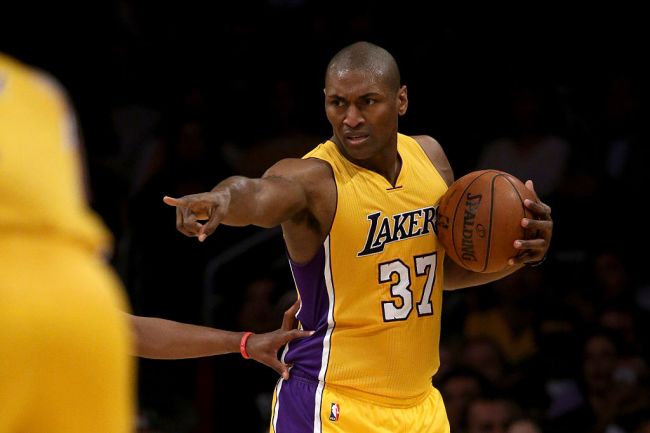 To no real surprise, the Lakers took down the Heat in the NBA Finals last week giving the franchise its 17th NBA Championship. LeBron James and Anthony Davis’ first title together snapped a title-less dry spell for the Lakers with their last coming in 2010 with Ron Artest hitting a clutch three-pointer in Game 7 against the Celtics.

Artest, who previously changed his name to Metta World Peace but is now known as Metta Sandiford-Artest after getting married, celebrated the 2020 Lakers’ title by getting high, real high, and according to him, he deserved to do so.

“I was just home and sparked a blunt,” Sandiford-Artest told USA TODAY Sports. “I was partying the whole day by myself with two or three close friends. We sparked — I don’t even know — maybe 10 blunts. We had a great time. I deserved it. The Lakers won. It was crazy. It felt like I won.

While the video of Bronny James smoking has been the talk of the internet streets for the past couple of weeks, Sandiford-Artest clearly decided to get in on the Lakers’ smoking circle and spark up a casual 10 blunts to celebrate.

As for the actual game itself and his reaction to James earning his fourth ring, Sandiford-Artest wasn’t surprised at all to see it happen.

“It wasn’t surprising. I knew LeBron was going to win,” Sandiford-Artest said. “He definitely is destined to win a title. But I was watching. It was like a movie that you knew what was happening.”

Here’s a look back at Artest’s clutch three against the Celtics back in 2010: