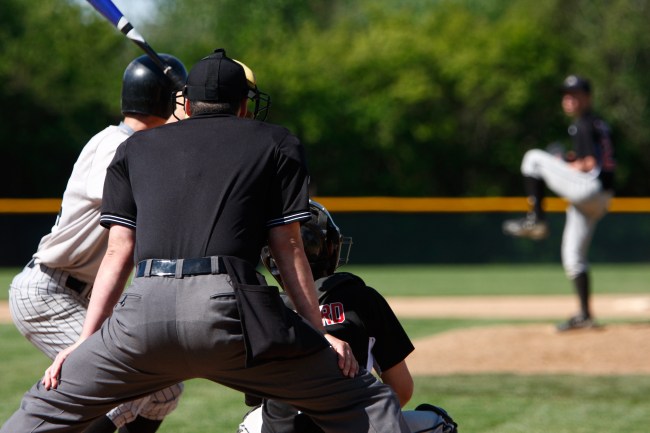 At least Tim Donaghy attempted to mask betting on the games he was reffing in the NBA. This Mexican umpire’s got a family to feed and doesn’t give two shits if anyone sees him blatantly throwing a game.

And I refuse to accept he’s doing anything but helping fix this game after this called strike that will make you question everything you’ve ever known about baseball. The incident occurred in the first inning of a Mexican League Baseball game between México and Laguna on July 17.

I’ve always suspected the ump along the first base line was just thinking about where to get drunk after the game instead of tuning into check swings and this video confirmed it. The powers that be in Mexican baseball came down hard on the two umps for the gaffe–both were suspended by the league for the rest of the season and the two other umps in the crew were warned by the league for not overruling the call.

No word on how this dude’s going to get the money to his bookie going forward.