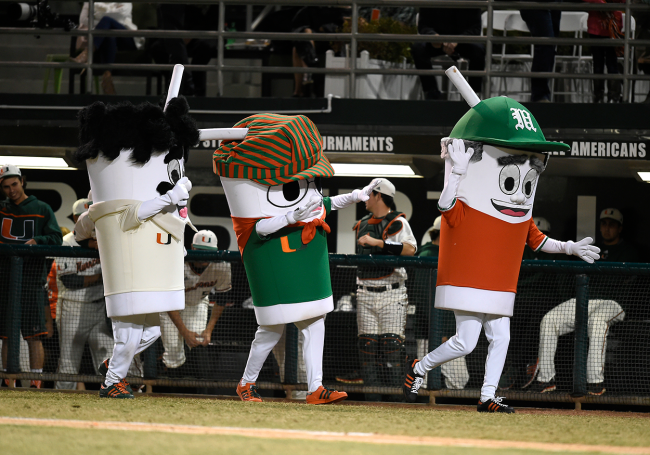 The Miami Hurricanes were selected as one of the 16 regional hosts for the NCAA Baseball Tournament this weekend. As they welcome three schools from three different parts of the country, they are offering some very unique concessions.

Although fans flock to Mark Light Field at Alex Rodriguez Park for the baseball, they also swing by for milkshakes. Yes, really.

For nearly four decades, Mitch Freeman and his family have owned and operated ‘Mark Light Milkshake.’ The stand draws crowds from before the first pitch is thrown all the way until the final out is recorded. It’s a bucket list destination.

Today, 37 years later, the menu is massive. It offers 12 classic shakes from chocolate and vanilla to mocha and orange freeze. It also offers 16 “Named Shakes,” including a vanilla shake with fudge and marshmallow, a raspberry shake with hot fudge, and chocolate mint.

And then it gets crazy with some “Super Shakes,” including apple pie, jelly donut and red velvet. They all sound and look delicious. 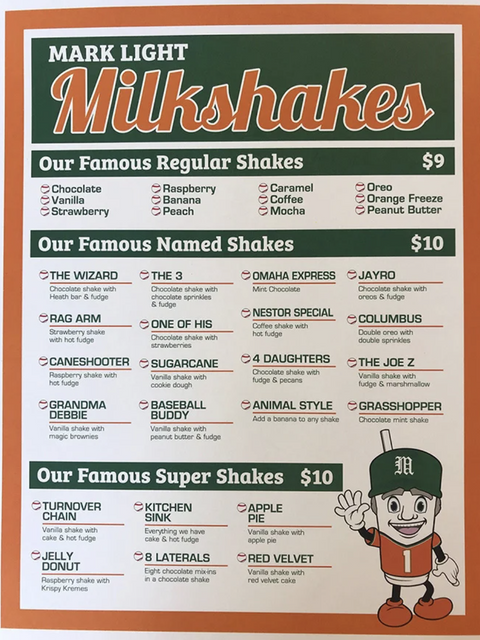 Every weekend, Mark Light Milkshakes also offers a “Flavor of the Week.” It could be Moonpie.

It could be Lucky Charms.

It could be canoli.

Or, like this upcoming weekend, there could be three. As Miami hosts Ole Miss, Arizona, and Canisius College for the NCAA Tournament regional, Mark Light whipped up three school-specific specials and they are wild.

Here is what Mark Light Milkshakes is offering for Miami’s 2022 NCAA Baseball Regional:

Although they are all unique in their own right, one in particular stands out— the Canisius Buffalo Wing. It comes loaded with buffalo wings, celery, carrots, ranch and hot sauce.

It’s pretty wild, but it’s one of those things that you just have to try. And it might not be the craziest thing that Mark Light has ever served.

Back in 2017, when Miami hosted Maine for a midweek series, the milkshake wizard created the Vanilla Lobster.

The creativity is incredible. Mark Light really knows how to go big with his milkshakes!