Michael Jordan Once Conceded A $1,000 Putt To Charles Barkley So He Wouldn’t Walk In His Line For One Of His Own Worth $100,000 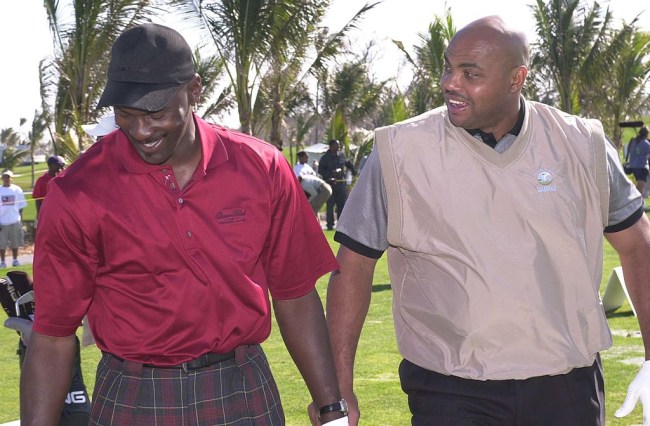 Michael Jordan’s virtually incomparable competitive nature helped make him one of the most dominant players the NBA has ever seen but it extended to almost every other aspect of his life, which helped birth an almost countless number of legendary gambling stories—many of which have their origins on the golf course.

MJ honed his skills on the links and eventually ended up becoming close to a scratch golfer, and with The Last Dance currently taking the world by storm, a number of anecdotes about his impressive prowess have recently emerged—like the one Brooks Koepka shared about the time he learned it is extremely inadvisable to talk trash to the superstar.

It seems like Jordan refuses to play a round unless there this an amount of money on the line that your average person can’t even fathom, which means you have to have a pretty impressive balance in your bank account if you want to take him on.

Charles Barkley is obviously one person who is in a position to routinely face off against him thanks to the tens of millions of dollars he’s earned over the course of his career despite being at a distinct disadvantage thanks to his infamously awful ability to swing a club correctly.

However, it appears he’s still confident enough in his game to play Jordan to the tune of $1,000 per hole, but according to a recent story he shared with Subpar, that amount is absolutely chump change to His Airness.

Barkley recalled the time he was preparing to make a putt that would’ve netted him that sum only for Jordan to tell him not to bother, as he apparently had some other action going and was more than happy to concede the hole so his fellow Hall of Famer wouldn’t mess up the line of another putt that was worth significantly more:

“We were playing golf one day, and I think we were playing for $1,000 a hole. And I was shaking over this putt. And he says, ‘That’s good.’ It was a good-sized putt. He says, ‘Hey, you might step in my line. That putt is good. I don’t want you standing in my line.