Drinks Are Delivered By Drones At Michael Jordan’s Golf Course, Not By Cart Girls 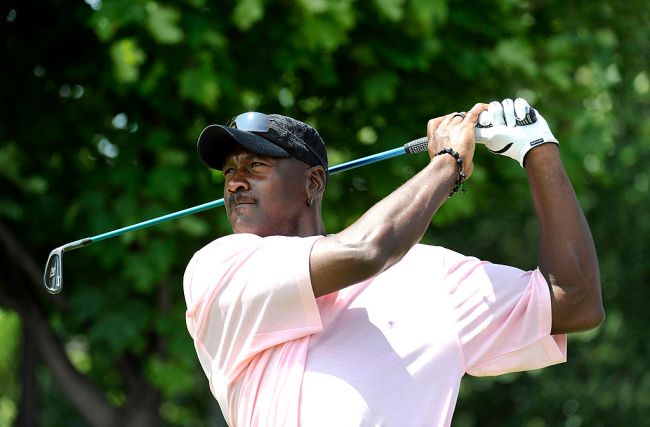 Videos of these massive drones carrying around food and beer made the rounds on social media over the weekend. One video shows the drone drop down a box full of about 10 glass bottle beers. It looks like something you’d see on a video game or something, but hey, it works.

It’s a cool feature and all, and it does cancel any human contact with the virus continuing to spread, but I can’t be the only one that thinks it’s outrageously obnoxious. First of all, the drone is loud and I think seeing these things fly around the course, one you paid a huge sum of money to play, would be pretty distracting.

Having said that, it’s like a one-hit-wonder sort of thing. This is an uber-exclusive golf club that non-members likely aren’t playing more than once a year, if that, so getting a six-pack delivered to you by a drone would certainly add to the memorable experience.

Rickie Fowler recently joined the Subpar Podcast and explained that the course definitely favors Jordan’s game, which shouldn’t be that surprising since it’s his own creation. Fowler revealed the course is even nicknamed ‘Slaughterhouse 23’ because MJ is so good out there.

“It’s his golf course, so it’s set up very well for him … It’s almost the shorter you hit it, the wider it is. The tees and pins are done every day, so the golf course basically sets up around him — they can play as long as you want but they set the back tees at roughly, you know, 7,000 to 7,100 (yards) and MJ plays the back tees wherever they set them.

If I want to hit driver, I have to kind of put it into a little bit of a tighter spot,” Fowler said. “I can obviously play back if I want, but that becomes a little bit of a disadvantage, especially if it’s a hole where he’s getting a stroke. He’s great with wedges in his hands, around the greens, and as a bunker player. He’ll putt anyone straight up. If I’m giving him a shot, I can’t then play from the same spot he is when he’s laying zero.”