Rickie Fowler: Michael Jordan’s Golf Course Is Nicknamed ‘Slaughterhouse 23’ Because He Dominates There 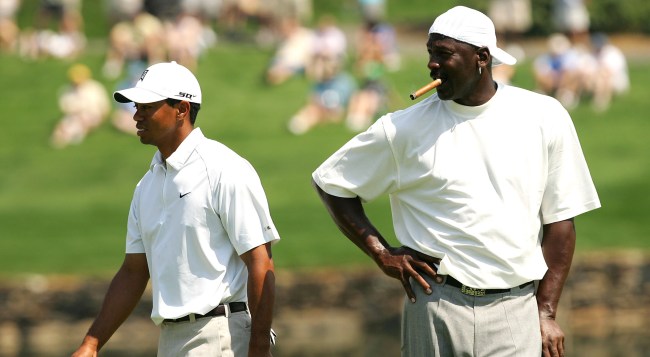 Six years ago it was revealed that golf addict Michael Jordan was looking into building his own personal golf course and club in Florida.

At the time, Golf.com reported that Jordan, who is a notoriously fast player, was mainly interested in building his own course because he had “grown frustrated with pace of play” at his then home course The Bear’s Club in Jupiter, Florida owned by Jack Nicklaus.

Fast forward to 2020 and Jordan did, in fact, build his own exclusive golf course, Grove XXIII in Hobe Sound, Florida, which opened in 2019.

Which, according to PGA Tour star Rickie Fowler, is exactly what His Airness did when creating Grove XXIII, or “Slaughterhouse 23” as it has been nicknamed.

During his appearance on the Subpar podcast, Fowler explained what it’s like to play the GOAT on his own course.

“It’s his golf course, so it’s set up very well for him … It’s almost the shorter you hit it, the wider it is. The tees and pins are done every day, so the golf course basically sets up around him — they can play as long as you want but they set the back tees at roughly, you know, 7,000 to 7,100 (yards) and MJ plays the back tees wherever they set them.

“If I want to hit driver, I have to kind of put it into a little bit of a tighter spot,” Fowler said. “I can obviously play back if I want, but that becomes a little bit of a disadvantage, especially if it’s a hole where he’s getting a stroke. He’s great with wedges in his hands, around the greens, and as a bunker player. He’ll putt anyone straight up. If I’m giving him a shot, I can’t then play from the same spot he is when he’s laying zero.”

Fowler, who gives Jordan 10 strokes when they play, says he’s been able to beat MJ several times, but “only because I haven’t played him much at The Grove.”

Back in 2018, Fowler admitted that playing against Jordan was good preparation for PGA Tour events because the rounds are so competitive.

“I feel like a lot of those matches, whether you’re with the boys back home playing for big money or playing with MJ and getting those juices going, those are some of the best preps for going out and being ready to play tournament golf,” Fowler told The Action Network.

“He’ll play you for whatever you want. Whatever makes you scared.”