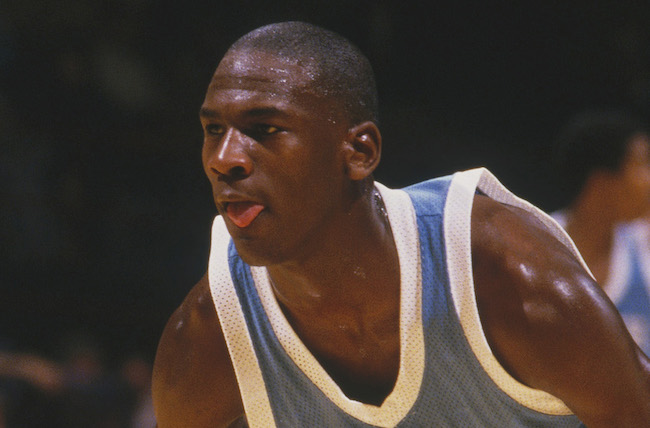 If you gave me three chances to guess what the poster industry’s single biggest source of revenue has been over the years, I would say it’s a very tight race between reproductions of The Dark Side of the Moon album cover, that picture of two girls on a bed making out, or the black-and-white photo of Dave Matthews in a bowling shirt playing acoustic guitar.

I’d also wager people in that line of business have been able to print ungodly sums of cash by slapping motivational quotes like “You are confined only by the walls you build yourself” underneath a picture of a wrecking ball smashing through bricks that eventually find their way into middle school classrooms around the world.

I can certainly understand why there’s this pervasive idea throughout society that kids should be raised being told they can achieve anything they set their mind to with the help of some hard work and determination. At some point in life, most people will realize that notion is absolute horseshit but it’s probably better to learn that later on than have your hopes and dreams dashed before you hit puberty.

The people who love to preach that sentiment are typically armed with an arsenal of historical examples about famous people who managed to overcome failures on their way to achieving success. If you ever bombed a multiplication quiz, you were likely told Einstein himself got an F in math, which is pretty inspiring until you learn that oft-repeated fact is total bullshit.

There’s also the ever-popular “Michael Jordan got cut from his high school basketball team” line that high school basketball coaches themselves love to deploy in an attempt to soften the blow that comes with learning you didn’t have what it takes. If it sounds unbelievable, that’s because it never happened, as MJ was simply assigned to the junior varsity squad during his sophomore year because that’s where his coach put basically every single underclassman by default.

Jordan still used this perceived slight to motivate himself, and by the time he was done with high school, he was considered one of the most promising prospects in the country and well on his way to a career that would reach its climax at the end of the season chronicled in The Last Dance.

It’s safe to say the first two episodes of the ESPN docuseries lived up to the insane amount of hype that preceded them and there’s no telling how many untold stories we’ll be treated to by the time the exhaustive examination of Jordan’s legacy wraps up.

However, you can still only fit so much into ten episodes, and during a recent appearance on The Dan Le Batard Show with Stugotz, director Jason Hehir revealed an anecdote that ended up on the cutting room floor that highlights the hype Jordan generated during his high school days:

“Everyone knows the story of him being cut. We had to cover that, but that’s kind of common knowledge. But his rise between sophomore year and senior year, his high school coach finagling him into five-star basketball camps by lying about his stats.

He was embellishing his stats just to get him in there because he was not on the map at all. No one was coming down to look at high school kids in Wilmington, North Carolina. He was there for a week and that’s what his parents could afford, and he did so well that first week that he got MVP of the entire camp.

You had Patrick Ewing, Len Bias and some other guys were at the camp as well, but Michael, or Mike, at that point, blew everybody away. They begged him to stay for a second week because more college coaches wanted to see him play, and the parents said ‘We can’t afford it.’

So they said ‘OK, we’ll pay for him if he works in the kitchen as a waiter for all the other kids.’ Michael got MVP that second week and he was a waiter serving kids fruit punch and grilled cheeses and then going out and wasting these kids later on on the court.”

You’ve got to love a guy who can go from serving trays to hitting treys in the blink of an eye.