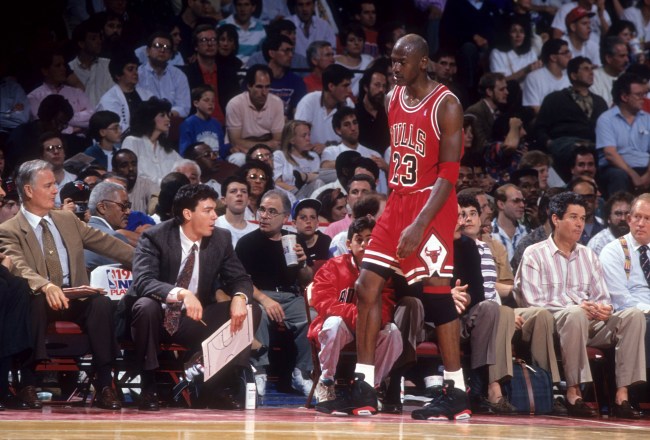 Before ESPN’s documentary “The Last Dance” we all knew that Michael Jordan was the ultimate competitor. What we didn’t know was that Jordan was an absolute psychopath that would do anything to motivate himself to win games.

In episode 8 of The Last Dance we got several prime examples of Jordan’s psychotic behavior.

During the 1996 NBA finals, Jordan said he was extra motivated to crush the Sonics because their head coach George Karl didn’t say hello when he saw him at a restaurant.

Hilarious. George Karl says he didn't say hello to MJ to avoid saying anything that could motivate him during the series against Seattle, but then Jordan used the lack of a greeting to motivate himself into dominating Karl's team.

Then came the story of LeBradford Smith. One night, Smith dominated Jordan and scored 37 points while MJ struggled on the offensive end. After the game, Jordan claimed that Smith mocked him by saying, “Nice game, Mike.”

Jordan then completely humiliated Smith in their very next game by scoring 37 points at the half. Jordan went on to admit to reporters years later that Smith never made the “nice game” comment and that he had made it all up just to motivate himself to get back at Smith for embarrassing him.

Jordan a psychopath for that fake Lebradford Smith story lmao

And finally, poor BJ Armstrong made the mistake of celebrating after beating the Bulls in the playoffs as a member of the Charlotte Hornets something MJ did not like.

We don’t think you thought your plan through, BJ Armstrong. 🤷🏻‍♂️🤦🏻‍♂️ pic.twitter.com/mvKmerE0RZ

Michael Jordan swinging a bat in the Bulls locker room while smoking a cigar and dunking on his opponents is the most Michael Jordan thing ever#TheLastDance pic.twitter.com/jO1qNOcbCV

MJ aggressively plotting to murder BJ Armstrong while smoking a cigar with a baseball bat is my new favorite gif pic.twitter.com/wb7m9AFOpG