Michael Jordan’s Still Making A Killing From Nike Each Year, Plus What LeBron James And Kevin Durant Rake In 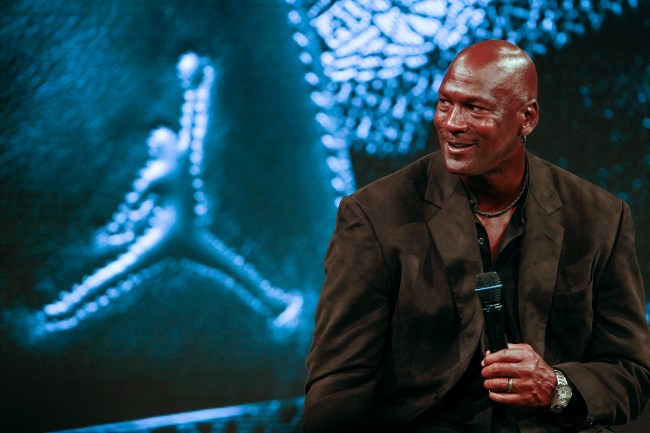 Michael Jordan’s arguably the GOAT when it comes to his on-court performance during his NBA playing days. I mean, when you win six titles in six NBA Finals’ appearances — along with holding a slew of individual awards and records — it’s hard to debate that MJ isn’t the best ever.

While Jordan is busy running the Charlotte Hornets these days as the team’s owner, and hasn’t played in the NBA since retiring for good in 2003, that doesn’t mean he’s still not the GOAT in something else — shoe endorsement money. In fact, Michael Jordan sits so far above any other current or recently retired NBA player on the list of richest NBA shoe deals, with Forbes releasing the most current list of names.

Here’s the breakdown of the top-earning NBA players when it comes to the richest shoe deals, with the amount of annual earnings each player reportedly brought in.

So how has Michael Jordan been able to maintain his position as top dog when it comes to the NBA’s richest shoe contracts? Here’s what Cowen & Co. analyst John Kernan had to say in the Forbes piece.

“Jordan is being extended as more of a lifestyle brand,” says Cowen & Co. analyst John Kernan. “There is enormous potential. It can be much bigger than a $3 billion brand.” Kernan cites Jordan strengths in its ability to create new colorways, relaunch products and manage the supply and demand equation to keep prices high.

Given the fact that Michael Jordan signed with Nike all the way back in 1984 for just $500,000 per year (which was a ton 35 years ago), the fact that he rakes in $130 million annually now is incredible. Nike’s investment in Jordan has proven to be quite the reward.

Others on the top-10 list include names like Dwyane Wade and Kobe Bryant — who are both retired — as well as Derrick Rose — who isn’t the star he was when adidas signed him to an endorsement deal years ago — as well as this year’s No. 1 overall pick, Zion Williamson, who inked a massive shoe contract with Jordan Brand; which could continue to add lots of money to his bank account should he perform on the highest level.

Per the Forbes article:

Cowen & Co. analyst John Kernan says: “If Zion lives up to the hype, he is going to be a constant source of content creation for Nike. Athletes are very monetizable right now with social media, and Nike will participate in all of that content every time he does something memorable.”

While current superstars like James, Durant, Curry and Harden continue to set records and get daily attention, Michael Jordan’s just sitting back counting the millions of dollars that floods into his bank account every single year, which is just another indication that he’s the GOAT — even if he’s busy sitting in the owner’s box and not ballin’ on the hardwood anymore. Yeah, it’s good to be MJ.

To read more details about the NBA’s richest shoe contracts, head on over to Forbes‘ website.