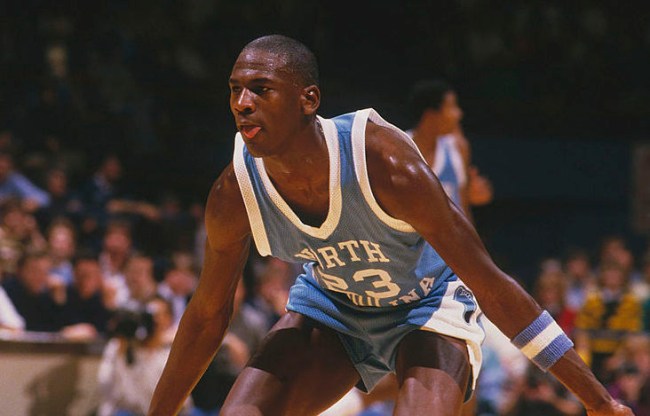 If you’re familiar with even a few of the stories concerning Michael Jordan’s unparalleled competitive nature, you know the basketball legend was not one to half-ass anything he put his mind to, whether he was trying to outdo his teammates in a card game or wagering hundreds of thousands of dollars on a single putt on the golf course.

Jordan may have not initially made varsity when he was in high school but he did everything in his power to remedy that problem, and by the time he made it to college, it was pretty clear that he had a bright future ahead of him on the court.

However, according to TMZ, basketball wasn’t the only sport he had taken a liking to, as he was apparently a pretty solid pool player based on a story that recently surfaced concerning a piece of Jordan memorabilia that is currently up for auction.

The outlet reports an unnamed man who attended the University of Carolina while Jordan was enrolled there in 1982 found himself playing pool against The G.O.A.T. before losing a few games and facing a $25 deficit.

The guy called on the help of a more adept friend to recoup some of his losses after getting hustled by Jordan, and when everything was said and done, the superstar lost a few games and decided to cash out to the staggering sum of $5.

Sensing an opportunity, the man asked Jordan if he could write him a check to settle the balance, which was returned to him after the player signed and cashed it (which is apparently how checks used to work).

Now, an auction house has put the check in question up for bid, and while there’s no estimate on how much it will go for, it looks like the guy stands to make a pretty solid return on his initial loss, as the high bid is sitting at $1,200 with over two weeks to go.