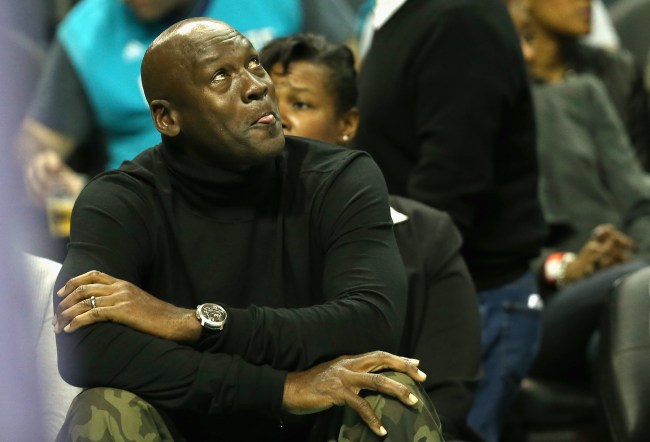 Michael Jordan is the GOAT in the NBA, so don’t try to say otherwise. Sure, some people may argue that Jordan trails someone else in holding that distinction, but if you’re a kid of the ’90s who saw MJ play, there’s no doubt he’s the gold standard, having dominated the league and winning six titles during the decade.

As much as he humbled other great players on the floor with his hoops skills, Michael Jordan was known for being one of the best all-time sh*t-talkers, too — with some of his best trash-talking moments documented here in a unique piece we did on his 53rd birthday a couple years ago. While Jordan may not be playing anymore, he definitely hasn’t lost his competitive edge, showing that he cares about winning more than anyone else.

And the latest example of Jordan reminding people that he’s the GOAT came when he was asked about the current streaks of James Harden and Russell Westbrook. While both are impressive — Harden has scored 30 or more points in 30-straight games, and Russ has recorded a triple double in 10-straight — Michael Jordan seemed unimpressed with stats. All he cares about is winning; and getting those rings.

Just take a look at what His Airness said when asked about which of the two streaks was tougher to accomplish, via Steve Reed of the Associated Press’ Twitter.

Here’s a quicker look at how Michael Jordan replied.

“I’m very proud of how both guys have done because they’re making their mark for the league, and I think it really helps grow the league.”

“Which is harder from a player’s perspective? Six championships, by all means.”

If this isn’t Classic Jordan, I don’t know what is. The guy’s still throwing shade at players who were still in diapers when he was winning titles back in the day, and it’s just another reason why Michael Jordan’s the GOAT, because he can say and do pretty much anything he wants to when it comes to basketball.