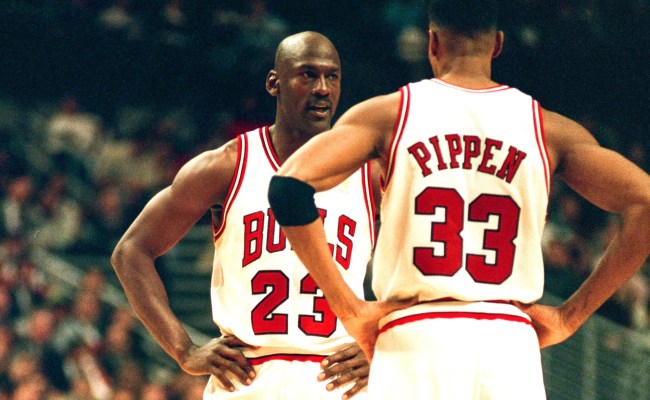 Michael Jordan’s longtime agent David Falk has not been shy about sharing his opinions since The Last Dance began airing on ESPN.

On Thursday, we reported that Falk believes if Jordan were playing in today’s NBA he would “average between 50 and 60 a game” and “shoot 75 percent from the floor.”

Falk added, “I hope personally, and I’m sure it won’t, that the doc ends all talk about like is Jordan competitive with LeBron? He’s in a different league. If you don’t see that with your eyes, maybe the doctor’s office can help because you should have an eye test.”

However, that wasn’t the only bold opinion Falk shared this week regarding Jordan, the Bulls, and the NBA. Far from it, in fact.

During his appearance on The Sports Junkies on 106.7 The Fan, Falk also shared thoughts on Scottie Pippen and Isiah Thomas, and neither of them were good.

Regarding Pippen, Falk held nothing back, saying, “Pippen has a certain level of jealousy towards Michael. He has said recently many times he thinks LeBron’s a better player. Now, if you’re Scottie Pippen, and Michael Jordan made your career, completely made your career; even if you think that, keep it to yourself.”

As bad as that was, Falk wasn’t through lobbing bombs Pip’s way.

“Scottie’s problem, as the documentary points out in so many different places after the episodes you’ve seen, is that he wasn’t a great competitor,” said Falk. “There were times for silly reasons. The migraine; you think that Michael Jordan [would do that] unless he had his leg amputated? … Scottie didn’t play part of that game because he had a headache.”

As for Isiah Thomas, it’s easily understandable that Falk wouldn’t be a big fan.

“I’ve never had a good relationship with Isiah, because he’s really screwed so many people that I’m close to, including Michael,” Falk explained. “He froze him out of the All-Star game in ’85. He traded Adrian Dantley, who’s my older daughter’s godfather, when he was on the Pistons to play with his boy, Mark Aguirre.”

“And it’s one thing to do it. You know, it’s his prerogative as a great player,” he said. “I went up to him at the All-Star Game one year, when it was in Chicago in 88. And he comes up to me in the hallway in the hotel, and says in this really soft voice – like, he sounds like a choir boy – he says, ‘David, I just want you to know I had nothing to do with AD getting traded.’

“I said, ‘Really? Well let me tell you something, Zeke. If I believed that, I would be the only human being on earth to believe that.’ And he tells you in this like super sincere way that only a classic conman could do, and expects that you’re gonna believe it.”

Falk also called the excuse Thomas on The Last Dance about why he and the Pistons didn’t shake the Bulls hands a “classic Isiah Thomas complete con job” and “complete hogwash.”

I don’t know about you, but now I am hoping we get a little more David Falk on The Last Dance during the final six episodes.