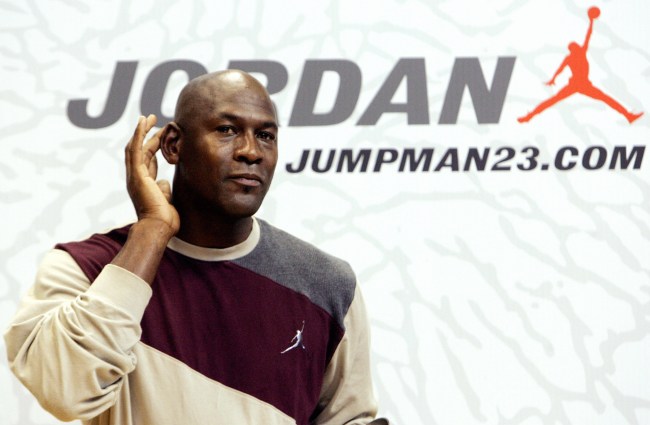 Michael Jordan is the definitive GOAT, and proved that by winning six NBA titles during the ’90s with the Chicago Bulls; among a slew of other accomplishments and awards. And while it’s hard to debate MJ’s status on the all-time list, one question is often asked: How would he fare against today’s NBA competition, which boasts bigger, stronger, faster and more agile players than ever before?

Although it’s fun to think about Michael Jordan in his prime going against guys like LeBron James and Giannis Antetokounmpo in their primes, sadly, we’ll never know who would come out on top. But considering Jordan went against some of the best players in the game during his heyday — and completely dominated them — it’s a safe bet to assume he’d do the same to today’s superstars.

One person who really believes that is Jordan’s longtime agent David Falk, who recently talked about what a modern NBA would look like with the Bulls legend in it, and, more importantly, what Falk believes His Airness would average per game against the more wide open league. As you might imagine, Falk didn’t hold back on his belief in his Hall of Fame client.

“I watch a lot of NBA games, as you know, and the game evolves,” Falk told The Sports Junkies on 106.7 The Fan. “And Michael, because he’s such a class act, completely steers away from trying to compare himself to LeBron, or Kobe or anybody else. He says that’s for the fans to do.”

“But if you asked me, watching all those games,” he continued, “with virtually zero defense, no hand-checking, I think if Jordan played today – if he was in his prime in today’s rules – I think he’d average between 50 and 60 a game. I think he’d shoot 75 percent from the floor. If you couldn’t hand-check him, he’d be completely unstoppable.”

That’s an unworldly response from David Falk, but, hey, if anybody could go out there and drop 50-60 points per game, it’s probably Michael Jordan. Remember, this is the same guy who, per a former teammate late in his career while with the Washington Wizards, would openly tell guys he would score 40-plus points; depending on how he felt prior to tip-off. That’s wild.

When you consider how much the rules have changed since Jordan played in the league — where hand-checking was once allowed, but is now prohibited — maybe Falk’s prediction isn’t all that absurd. Sure, nobody in league history ever cracked that level of points per game average, but, given how fast the game is played today, it might actually be something that MJ could’ve really done in his prime.