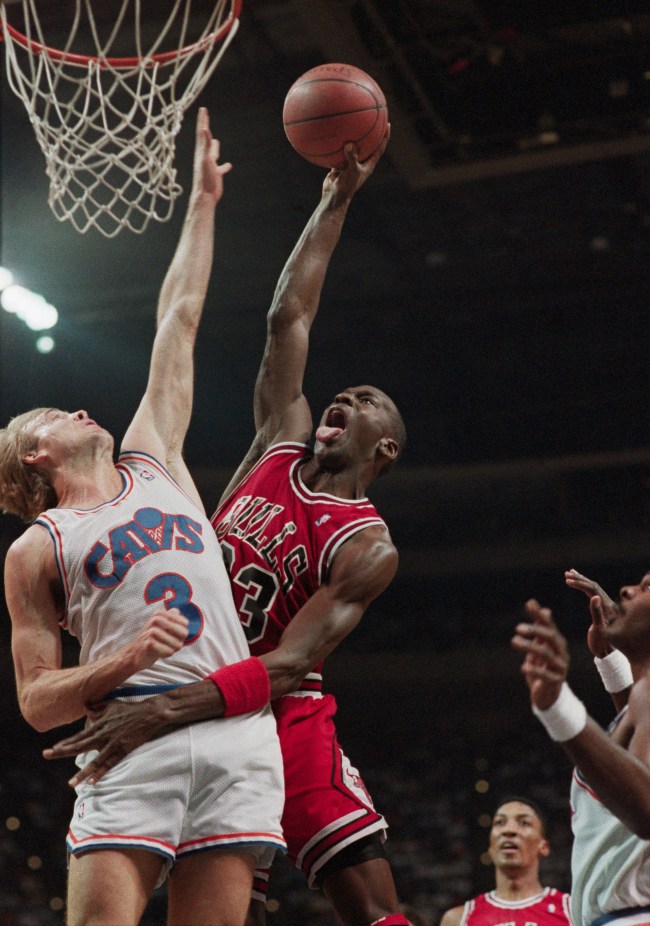 If you follow the NBA and know even a smidgen of the history of the league then you know all about “The Shot.”

Chicago Bulls, down one, game five in a best of five, 1989 NBA playoffs against Cleveland. Michael Jordan, despite every human in the building and watching on TV knowing he is going to take the shot, puts a dagger in Cavaliers guard Craig Ehlo that he still hasn’t recovered from.

“You know they had Craig Ehlo on my at the time, which, honestly, was a mistake,” Jordan recounted. “Because the guy that played me better was Ron Harper.”

I’m not in law enforcement, per se, but I do believe Harper’s statement there about Ehlo qualifies as first degree murder.

Even worse for Ehlo, he had no idea that Harp felt that way until he watched The Last Dance.

At least that’s what Ehlo told Chris Fedor of Cleveland.com this week.

“I never said I was a Jordan stopper like Gerald Wilkins or anything,” Ehlo told Fedor over the phone. “But back then Harp and me were on the court at the same time and he was our big offensive threat. So, when I came in it was a no-brainer that I would guard Jordan so Harp could rest on defense and play on offense.

“Harp had never really talked about defense or guarding people. He wasn’t a bad defender, I will give him that much, but I think those years with the Bulls where he got those championships, he was definitely third or fourth fiddle, so all of a sudden he becomes this lockdown defender, apparently. I don’t really remember him during our time wanting to play defense that much. He kind of shocked me with those comments, saying he wanted to guard Michael.”

Ehlo says he wasn’t the least bit surprised he would be guarding Jordan as he had been on him the entire fourth quarter.

“I just don’t remember anything in the timeout where Harp said, ‘I will take MJ.’ He could have said it with Coach Wilkens face to face, but I had been guarding Michael previously and I think we all kind of just listened to what coach said and did,” he recalled.

Ehlo didn’t hear from Harper or any of his former Cavs teammates after geting trashed on Sunday, but sayd he had a pretty good idea how they probably reacted to the comment.

Ron Harper’s response to his coach is a whole mood lol #TheLastDance pic.twitter.com/SwDFdumaoB

“Hot Rod [Williams] might have said something to Harp because Hot Rod didn’t hold anything back. If he heard it up in heaven he might be saying something to him,” said Ehlo. “I can hear Larry [Nance] saying, ‘That’s Harp.’ Brad kind of shrugging it off. And Mark was always the quiet assassin, so everybody all saw it and heard it and I think they were all shocked, kind of like my reaction was.”

Mark Price did actually watch it and told Fedor, “That was pretty interesting. That caught me a little off guard. I didn’t know Ron had such strong feelings about that because I didn’t really remember all that. Maybe it’s because we were in the midst of everything or maybe that was something where Ron had talked to Lenny on the side or before. I didn’t ever really recall that situation being a big deal at the time when the game was going on. I just remember Lenny kind of telling us what we were going to do and then going out and trying to do it. Obviously it’s something that had bothered Ron.”