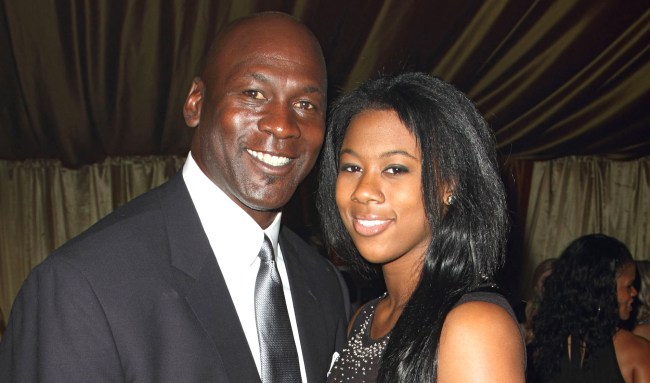 It’s something we hear time and time again from celebrity offspring. How the children of famous people consider their parents to just be “mom” or “dad.”

And while there may be some truth to how they feel, deep down they have to know that there is a reason people all over the world get so excited to see their parents, right? Especially in the case of one of the wealthiest, most recognizable and popular athletes in history like Michael Jordan, right?

To some degree that’s true, but despite him being His Airness, to MJ’s kids he’s still their dad and dads are always gonna dad no matter how famous they are.

This week, Michael Jordan’s sons Jeffrey and Marcus and daughter Jasmine spoke with CBS-Chicago’s Ryan Baker about what they think of the ESPN documentary series The Last Dance.

For Jeffrey, Jordan’s oldest son, he said it’s been awesome to relive some of the moments from a new perspective. Marcus agreed.

“Not only is it great for young kids who never got to see my dad play, it’s also good for those that did follow along, but didn’t really understand what was going on behind the scenes,” Marcus said.

Jasmine is finding the series inspiring.

How could you not?

Can’t stop playing the ending to EP 7 of the last dance… that win at all cost mentality pic.twitter.com/2vWRmX2ETW

“I was so young when this was happening,” Jasmine said. “This is who you are in other people’s eyes when you and your brothers have only viewed you as dad. Now it’s like, ‘okay, I get it’. I really understand why you are the GOAT and everybody’s so fascinated by you.’”

Amazingly, MJ’s kids say they haven’t seen the final two episodes of The Last Dance, which will air this coming Sunday on ESPN.

Instead, just like the rest of us viewers – even the famous ones, they’re waiting to watch the shows unfold as they air.

Nice to see The Last Dance.
Now you see how it is to play with a Winner.
Either you like it or not.
If not then dont play the game. pic.twitter.com/w2gDvuM4gY

Check out the full interview with Michael Jordan’s kids Jeffrey, Marcus and Jasmine below.