Michael O’Keefe, AKA Danny Noonan In ‘Caddyshack,’ Wants To Caddie At The U.S. Open At Winged Foot 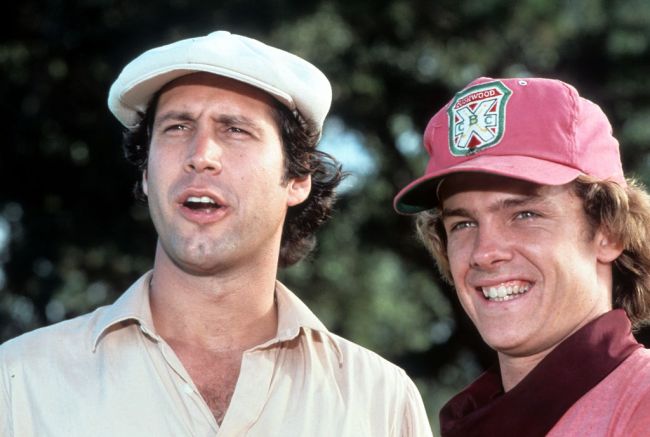 No, ‘Caddyshack’ is not the greatest golf movie of all-time, but it’s without question among the elite of the elite in the sports-comedy genre. It also has one of the more laid-back, intriguing, and in my opinion underrated characters in Danny Noonan, played by Michael O’Keefe.

You can’t not love Danny Noonan. He’s the hard-working caddie that’s trying to figure out what’s next in his life that knows how to party. Sure, he cheats on his girlfriend who may or may not be pregnant with Judge Smails’ granddaughter which some may frown upon, but hey kids make mistakes.

Interestingly enough, when O’Keefe auditioned for the film he was asked if he could play golf and if he could caddie. He lied and said he could play golf, but he did actually have caddie experience at none other than Winged Foot in New York. He grew up just 15 minutes away from the historic course.

With the 2020 U.S. Open taking place at Winged Foot in two weeks, O’Keefe has entered the caddy world again and wants to loop during the tournament.

“I’m ready to take my caddying to the next level. I’m serving notice that I’m available for, interested in and worthy of carrying a bag for any professional (or amateur) in the field at this year’s U.S. Open,” O’Keefe wrote in a piece for GOLF.

While I wouldn’t be hitting any shots at Winged Foot Open, I do pledge to give advice — both solicited and unsolicited — to the golfer who gives me the chance to loop for him.

Full disclosure: I wasn’t the best caddie in my time. That distinction goes to a guy named “Tasty,” who earned his name from his penchant for wine, plus his wicked sense of humor. When the legendary caddiemaster, Gene Hayden, would notice that Tasty had been drinking, the caddie would be sent “down the hill.”

Hey, he has some history of caddying at Winged Foot, which is something plenty of caddies that will step foot on the property in two weeks won’t be able to say.