Michael Phelps Responded To All The People Pissed About His ‘Shark Race’ And Nope, He’s Not Sorry 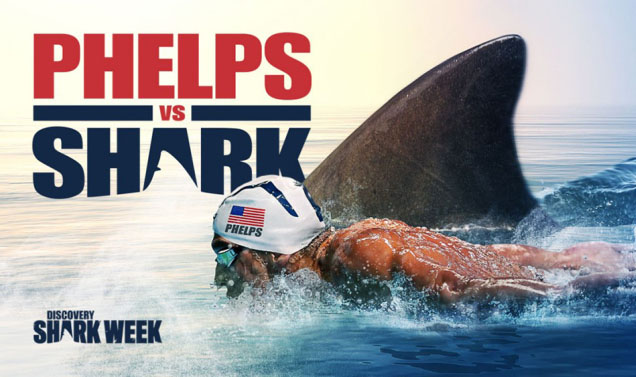 Much like many anticipate the upcoming Floyd Mayweather vs. Conor McGregor fight to be, Michael Phelps’ race against a shark for “Shark Week” did not even come close to living up to the hype surrounding it. Not that I understand at all why people were upset. I mean, look at that promotional graphic above. Nothing in there would make one think he was going to be racing an actual shark, right?

Nor would the hype video or the press release that called Michael Phelps’ race against the shark “an event so monumental no one has ever attempted it before.” Right?

Everyone on Twitter who complained that night should just have known better.

Don't say Phelps is racing a shark if you're not going to put him against an actual shark #PhelpsVsShark #SharkWeek pic.twitter.com/qy1mlApUiz

Me realizing I can't ever get back the time I spent watching the fake shark race. #SharkWeek pic.twitter.com/qTGCiermh2

That’s right, it’s OUR fault, the viewers, for being so stupid to actually expect him to race a real shark one-on-one. At least according to Phelps in a Facebook Live session he held on Tuesday.

“Everybody wants to try to pick on something or say something or complain about something. I had fun racing a shark and seeing those animals up-close and personal. If someone actually wants to get in the ocean and race a side-by-side with a great white, go ahead — you aren’t going to get the shark to swim in a straight line — and it would be interesting to see. We’ll leave it at that.”

“You can believe whatever you want. Everything was either presented on-air during multiple interviews that I did throughout Shark Week or the beginning of the show. Sorry you feel that way. For me, this is something I’ve always wanted to do and I was honored to be able to do it. I’m sorry that you feel that way, I feel very different.”

Yep, all our fault.

“Some people just decide not to listen to some of the things that we do and that’s not my fault that you don’t do that. It’s pretty easy to open up your ears and listen to either what the TV is saying, what announcers are saying or what I’m saying in interviews.”

On the plus side, at least watching Phelps “race” a shark didn’t cost any of the viewers $100.