Michael Porter Jr. Made Bank And Scored A Rare Pair Of Sneakers By Hustling People In ‘NBA 2K’ 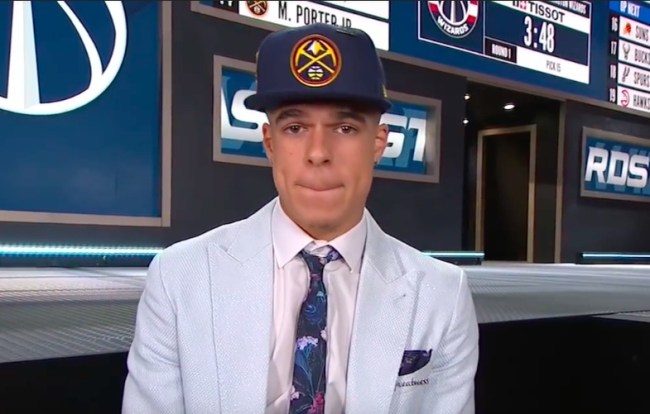 Earlier this week, Denver Nuggets draft pick Michael Porter Jr. did the opposite of flexing when he bought his mom a Ford Flex— a car that she already owned— to thank her for supporting him over the years.

Because the internet is the internet, Porter Jr. got roasted for not splurging for something a little nicer, especially when the Rookie of the Year candidate had just signed a contract that will pay him $2.5 million over the course of the upcoming season. However, it looks like he’s actually saving his money for a much better use: making bets with his Twitter followers over games of NBA 2K.

On Tuesday, Porter Jr. announced he was looking to take on some challengers in Denver who were willing to put money on the line and test their skills against him in a game of virtual basketball.

Who in Denver wanna play 2k for the 💰

Plenty of people took him up on the offer and the Nugget actually invited a few people over to his crib to take him on in person— the first of whom was out of $200 after he failed to come out on top.

His second victim decided to literally and figuratively put a pair of $800 Off-White UNC Jordan 1s on the table but had to say goodbye to them after he was unable to get the W (Porter Jr. is signed to Puma so you might want to give him a follow if you’re looking to cop a free pair).

Victim #2 lol @RoyalBeatBoxer and look what I won… can’t wear em tho cuz I’m puma gang so I might do a give away 🤔 pic.twitter.com/VZ4VzKzbge

Porter Jr. added even more to his net worth by ending his night by taking $100 off the hands of another competitor.

Victim 3 last one of the night. Moral of the story don’t play me in 2k. pic.twitter.com/Eh4tQHInPD

One guy tried to arrange a rematch but Porter Jr. shut him down pretty ruthlessly.

I need the rematch! You was shook going into the 4th https://t.co/pOe4Uf0MN2

If you come at the king you best not miss.