People Are Dragging Michael Porter Jr. For Buying His Mom The Same Car She Already Has With NBA Check 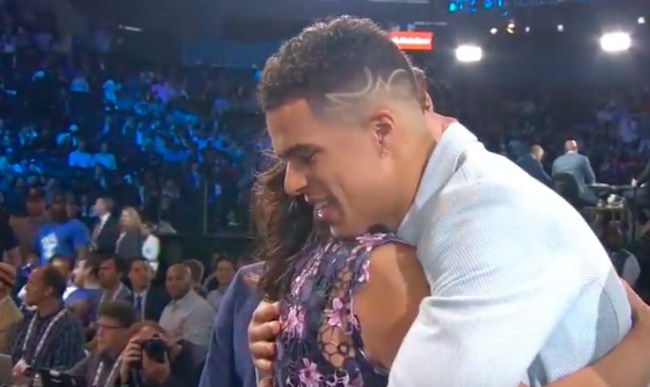 I want to preface this by saying for Christmas, I bought my mom a few boxes of Dunkin Donuts K-cups, a spa session I copped off Groupon, and a cast iron skillet. I am in no position to judge anyone, but since I’m sitting behind a keyboard and won’t face any retribution, FUCK IT!

After getting drafted 14th overall, signing a rookie contract with the Denver Nuggets that will earn him about $2.5 million next year, and inking an endorsement deal with Puma, Michael Porter Jr. decided to gift his mom a car that she already had in her garage–the Ford Flex.

It was a nice gesture. But nice doesn’t make it not funny. Porter got all his athletic genes from his mother (she averaged 58.7 points per game as a high school senior before scoring more than 1,300 points in her career at the University of Iowa), and the family doesn’t exactly look strapped for cash. Is this the most underwhelming ‘athlete buys mother…’ video of all time? Some Twitter peeps weigh in.

A Ford flex ? You making millions and you bought your mom a Flex ?

We got rookies buying their mom houses and Michael Porter Jr bought his mom a Ford Flex.

@JalenRose @Espngreeny @GetUpESPN ok so nobody gonna mention how Michael Porter Jr.s mother already had a white Ford flex in her garage and he just brought her the same truck just a grey one. 🤔🤔🤔

Is the Ford Flex the ugliest car ever, or does another vehicle claim that honor?

This dude makes a good point:

Bunch of people hating on the Ford Flex and can’t even afford to buy their moms a bike.