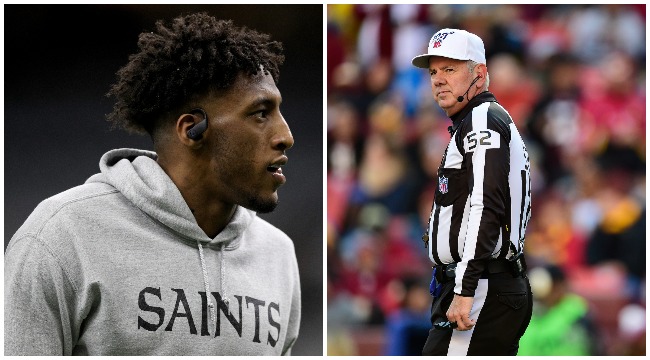 Anyone who watched last season’s NFC Championship game and didn’t conclude that federal authorities should launch an investigation into Bill Vinovich’s officiating crew is either dense or Bill Vinovich.

Every time I watch Nickell Robey-Coleman explode into Tommylee Lewis I grow irrationally angry, and the only tie I have to New Orleans is puking on Bourbon Street in 2012.

I mean, this almost makes me sympathize with Miles Garrett. 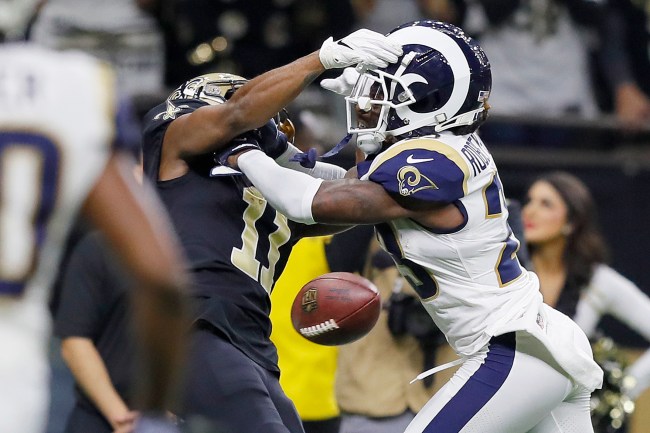 Veteran referee Bill Vinovich will head the crew for the Super Bowl in Miami.

Vinovich is in his 15th season as an NFL official. He previously worked the 2015 game between New England and Seattle. [via ESPN]

Saints receiver Michael Thomas will have to watch the Super Bowl like every other schlub in America, a harsh truth that must exacerbate last season’s robbery. The three-time Pro Bowler wasn’t going to sit back and witness Bill Vinovich play into February while he sits at home throwing darts at his picture.

Thomas joined some men and women with Twitter accounts to mock the NFL’s decision to promote Vinovich after blowing the most obvious call in the helmet-era. 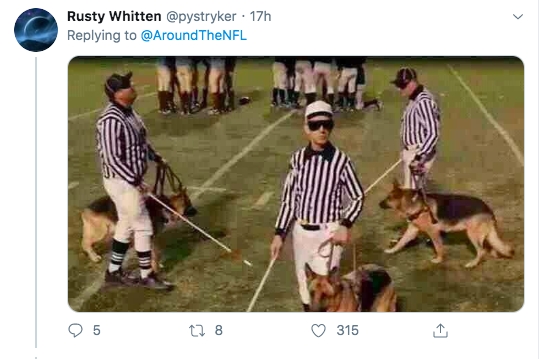 Hey Michael, if you’re reading this, to soften the blow you’re more than welcome to come over to my place for the big game. I’m making my famous 7-layer dip and getting dangerously hammered.