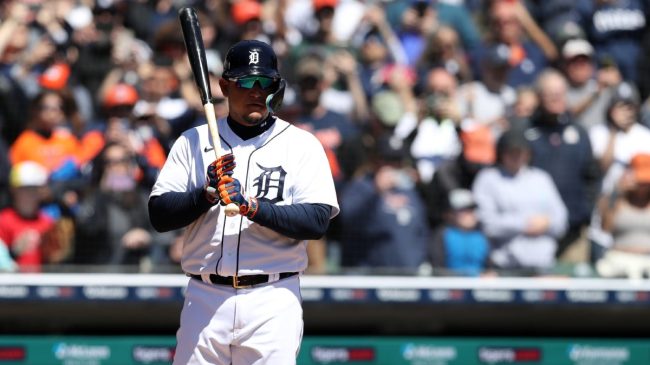 Miguel Cabrera is one of the best hitters to come through the majors following the turn of the century.

Since entering the league in 2003, Cabrera has led the league in hitting four times, home runs twice, and RBIs twice. He’s won baseball’s triple crown while also being named an 11-time All-Star and seven-time Silver Slugger. His career batting average is an impressive .310.

His success at the plate has already led to him joining the 500-HR club. Now, he’s just a hit away from becoming a part of another exclusive group.

Cabrera currently sits at 2,999 hits, just one shy of becoming the 33rd player in MLB history to record 3,000 career hits.

The accomplishment would further solidify his standing as a furure Hall of Famer, and it will inevitably come over the next handful of games.

While he’s developed into one of the sport’s best hitters, not everyone was so sure the slugger would make it long-term as a position player.

Cabrera reflected on a time when a New York Yankees scout told him he’d be better off trying pitching.

Miguel Cabrera was asked about possibly reaching 3,000 against the Yankees.

"A scout from the Yankees told me, 'If you make it, it's going to be as a pitcher.'

“A scout from the Yankees told me, ‘If you make it, it’s going to be as a pitcher’

Quite funny when you look back on Cabrera’s accomplishment as one of the top hitters of his generation. On the flip side, he’s never gotten an opportunity to pitch as a major leaguer.

He does boast a strong arm as he entered the league as a third baseman, but I think he was best suited for the hot corner as opposed to the mound.

Who knows, he might have electric stuff. It’s safe to say he made the right decision by staying in the batter’s box, though.