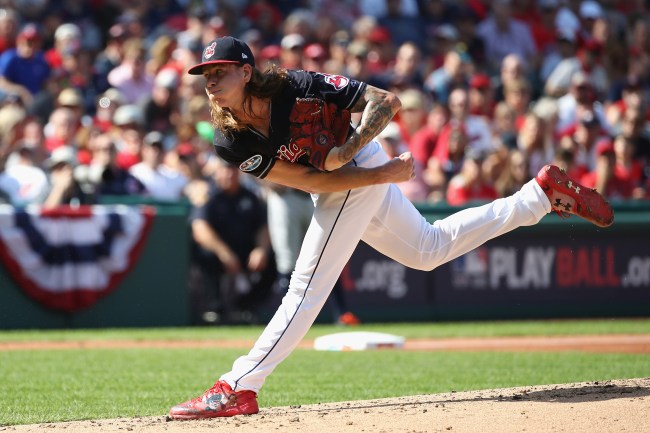 Spring Training kicked off this week in both the Cactus and Grapefruit League. I believe the Cactus League got started yesterday and the Grapefruit League begins today but don’t quote me on that. The pitchers and catchers always report for Spring Training ahead of time because they’ve got drills they need to run on repeat in order to get loose and build muscle for the upcoming season.

Cleveland Indians pitcher Mike Clevinger was featured in a recent story about those pitching drills in The Athletic. In the article, he dropped a quote about LeBron James, milk, and nipples that’s a riddle wrapped in an enigma.

I’m willing to offer 50 points (1 point is worth 2 Schrute Bucks) to anyone who can make sense of this quote because I’ve now read it three times and I feel like I’m getting further from the truth every time I re-read it.

“My exact comment to him,” Clevinger said, “is, ‘OK, put LeBron James in a batter’s box. Is he not an athlete? Because I guarantee he won’t look pretty against big-league pitching. Is he still an athlete? He’s still the best in the world, actually.’ So his argument’s not that logical. It’s like a vegan saying you can’t drink milk — do animals drink other animals’ milk? No, because they don’t have the thumbs to milk their nipples. Of course not. But if they did, do you know what a dog would be doing every f***ing day?” (via)

The Cleveland Indians play at Goodyear Ballpark in Arizona for Spring Break. Their schedule kicks off Sunday against the Arizona Diamondbacks. It’s unclear when Mike Clevinger will take the mound for his first time but whenever that happens I’d like to see some reporters get some cameras in his face and ask him to clarify what the shit he’s talking about in this LeBron-Nipples-Milk quote.

How did we go from ‘Pitchers need to do their drills’ to ‘LeBron can’t hit but he’s still an athlete’ to ‘Dogs would suck pig nipples in a heartbeat’? I really need to know the thought process here.