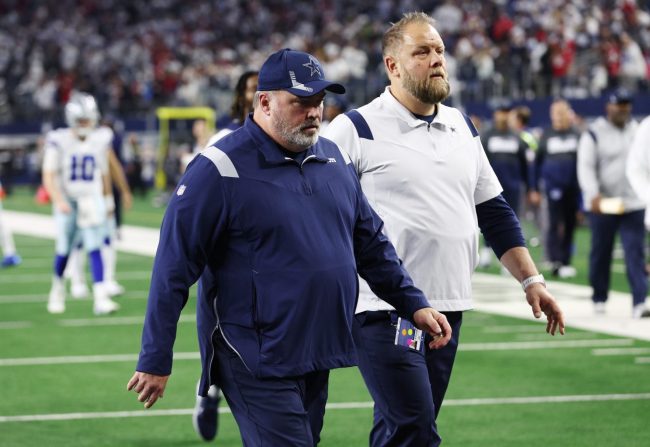 Dallas Cowboys head coach Mike McCarthy is on the hot seat after losing to the 49ers at home in the Wild Card round. Although team owner Jerry Jones has stood behind his coach, there is a sense of uncertainty about whether that notion will remain true as time allows the situation to breathe and settle.

Part of the reason that the Cowboys lost, according to McCarthy, was nerves. How he knew they were nervous, however, is certainly unique.

Despite the fact that Dallas had the better regular season record, the media had been hyping up San Francisco all week. When the two teams took the field, it was very apparent that one team was ready to go and the other was not.

As a result, Dallas had an opportunity to drive the length of the field and win the game, but completely bungled the closing seconds. It was the most Cowboys way for the Cowboys to lose and their fans had a complete meltdown after the loss.

McCarthy says that he sensed something was off from the beginning. He recently spoke with reporters and shared that he felt that his team was anxious.

As the team was praying in pregame, he said, he sensed the nervous.

Let me say that again— McCarthy sensed that his team was nervous as they huddled together to pray before the game.

Mike McCarthy described his #Cowboys as being nervous entering their playoff game, saying he sensed it during the pregame prayer and felt it inhibited them early in the loss to #Niners. pic.twitter.com/mGNPFe8FWt

This is undoubtedly the most bizarre way of describing that his team wasn’t up to the challenge. McCarthy is essentially saying that he didn’t have his team ready to go, and that they were nervous, because they were praying like the nebbish.

Basically, in so many words, it sounds like he said that his team was praying like wimps before the game? That’s certainly a new one.