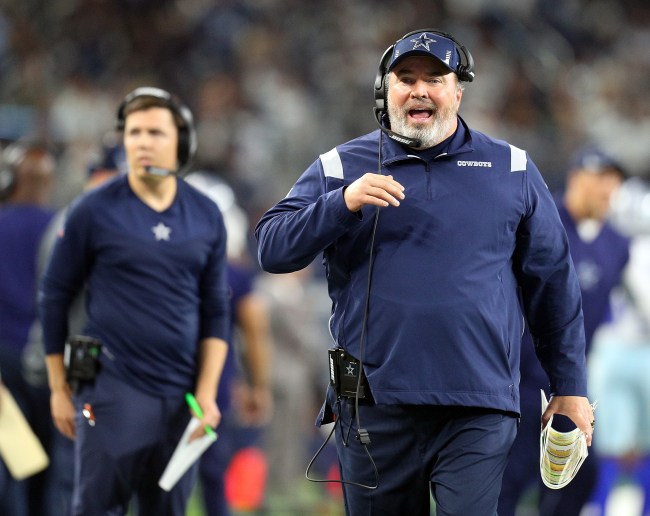 There’s no way this could end badly. In his first press conference since testing positive for COVID, Dallas Cowboys head coach Mike McCarthy guaranteed his team would beat the Washington Football Team this Sunday.

Cowboys coach Mike McCarthy: “We’re going to win this game. I’m confident in that.” Believe that could be bulletin board material for Washington? McCarthy: “What am I supposed to say? I fully expect to win every game I’ve ever competed in.” pic.twitter.com/8cWule8EpO

Under normal circumstances, you probably wouldn’t want to give a division rival bulletin board material like this. That team being within striking distance of first place in the division makes the choice a little bit worse.

When your team has lost 3 of its last 5 games and the opponent you’re talking about has won 4 straight, it’s probably best to just avoid giving them any kind of extra motivation.

As far as the actual contents of the statement, it’s not really all that bold. The Lions probably don’t even wake up on Sunday morning expecting to lose. Of course the Cowboys are planning to win on Sunday. That’s not going to stop it from motivating the WFT and riling up the fans at FedEx Field.

Honestly, guaranteeing anything is a bit of a stretch for the Cowboys right now. They haven’t played with any kind of consistency since Dak Prescott returned from his calf injury.

Mike McCarthy better hope his guys come to play on Sunday. If the Dallas Cowboys can’t back up his guarantee then he’s sure to get roasted over this comment.