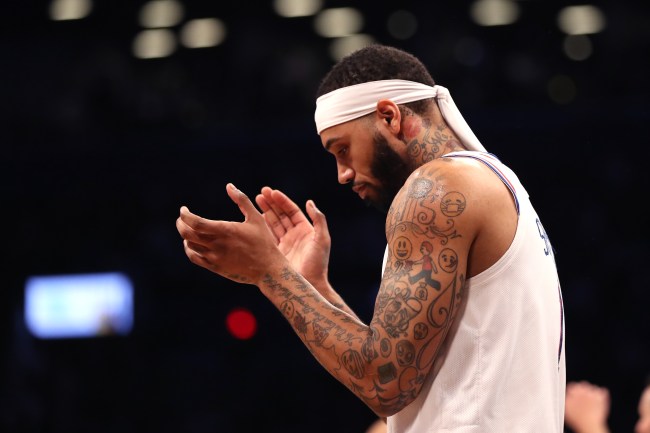 Since my beloved Tampa Bay Lightning got swept by Columbus in the 1st Round of the Stanley Cup Playoffs after posting 128 points in the regular season and tying the NHL record for 62 Wins in a season I’ve probably gone through all Five Stages of Grief on the Kübler-Ross model.

First came Denial (1), I was in disbelief that the best team the NHL had seen in years was somehow swept from the playoffs before I even had a chance to go to a post-season game this year. Then came Anger (2). After that was Bargaining (3), I tried to tell myself that it was a good thing the Lightning lost because I could focus on being a good father to my 4-week old son who was born days before the playoffs began. The (4) next stage is Depression, I might’ve skipped that one. And the last stage of grief is Acceptance (5), I’ve moved on, or I’ve at least told myself that I’ve moved on from these stupid ass playoffs…until now.

There seemed to be no rhyme or reason for why the Tampa Bay Lightning got swept until I came across this Twitter thread earlier that explained everything. A lot of fuss gets made about the ‘Drake Curse’. Drake shows up to a game wearing a team’s gear. That team is always a heavy favorite. Then the team loses because Drake is the ULTIMATE BANDWAGON FAN (Justin Bieber’s pretty bad too) and he carries the curse with him, or so the legend goes.

Using a few tweets as examples, I’ll present the case that Philadelphia 76ers Forward Mike Scott is actually the carrier of the curse. Every NHL Division Winner from the 2018-2019 regular season is out of the playoffs after the first round and it’s no coincidence that Mike Scott wore their jerseys. This man is bad luck and he needs to be stopped.

👀For the 1st time in NHL history, the regular season champs in each conference are eliminated in Rd 1 of the Stanley Cup Playoffs. The Tampa Bay Lightning and Calgary Flames combined for 112 Ws and 235 Pts from Oct to Apr, but managed just a single post-season win between them.

My condolences to Mike Scott. pic.twitter.com/CaUMIOTdgK

My condolences to Mike Scott. (There is no picture of Mike Scott wearing a Flames jersey from the front so here is what we have.) pic.twitter.com/FO3tKOr985

The Islanders swept the Penguins. Here’s Mike Scott rocking yet another jersey of a team that got knocked out:

My condolences to Mike Scott. pic.twitter.com/virJgo19LH

Blues eliminate Jets in Game 6 to advance to 2nd round https://t.co/vYxdMLUs90 pic.twitter.com/xH4mqbj9uD

The Dallas Stars knocked out Nashville. What’s Mike Scott’s role in all of this?

The goal that sends the @DallasStars to the Second Round. #StanleyCup pic.twitter.com/NGQb5yassw

My condolences to Mike Scott. pic.twitter.com/PfDfeNZVjg

The Bruins bounced the Leafs in another Game 7 between those two teams. Mike Scott obviously had a hand in Toronto’s loss.

My condolences to Mike Scott. pic.twitter.com/OzsVVlpvSe

But what about the Las Vegas Golden Knights? Surely, if it’s a 100% genuine curse there has to be a photograph of Mike Scott wearing a Knights jersey, right?

Unfortunately, there’s no proof that Mike Scott owns or has ever worn a Vegas jersey.

The research team here at @Kurt_BSH on Twitter dot com is unable to find evidence that Mike Scott supports the Golden Knights and as such does not wish to offer him any hockey-related condolences at this time.

I wouldn’t buy into this conspiracy if these were soccer kits/jerseys which are made from super comfortable material and are generally pretty stylish but he’s wearing an NHL jersey before every game? Those things feel like the beat up polyester blanket with cigarette holes that your grandma’s had in her guest room since the 1970s. They’re not soft, they’re scratchy, and I guess they fit well if you’re an NBA player but they’re generally enormous and not meant to be worn without pads.

Is he carrying a curse? That remains to be seen. If Philly can win it all this season then I don’t think we can comfortably claim that a pro basketball player who just won a championship is cursing teams from winning a championship, but if Philly fizzles out in spectacular fashion then the curse discussion deserves a revisiting.