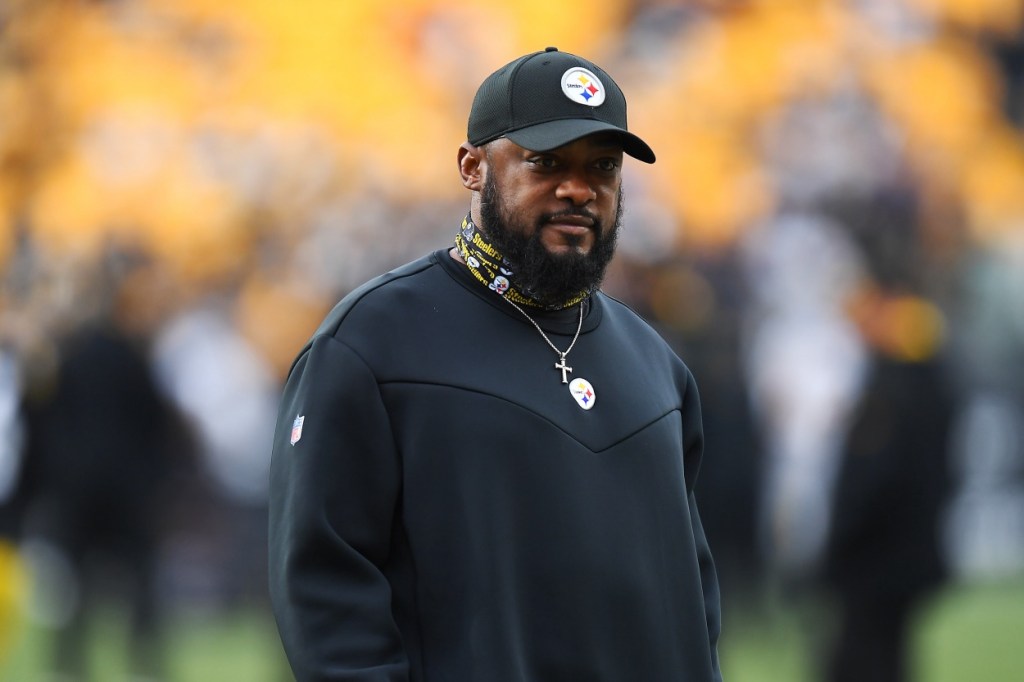 Mike Tomlin recently set an NFL record by becoming the first coach in NFL history to start his career with 15 straight winning seasons. And the cherry on top was the Steelers sneaking into the NFL playoffs as the #7 seed in the AFC where they will now face the #2 seed Kansas City Chiefs and Patrick Mahomes on Wild Card Weekend.

The Steelers traveled to Arrowhead Stadium the day after Christmas where they got beat up pretty good by the Chiefs. Mahomes and the Chiefs cruised to an easy 36-10 victory (23-0 at the half) and the Steelers didn’t even record their first points until the 3rd quarter. Ben Roethlisberger only threw for 159 yards and 1 TD + 1 interception while Patrick Mahomes threw for 258 yards, 3 touchdowns, and 0 interceptions.

Tomlin was FIRED UP after the Steelers Week 18 win but now it’s back to reality:

Mike Tomlin actually started dancing on the IG live. This is incredible.

Speaking with reporters on Tuesday afternoon, Pittsburgh head coach Mike Tomlin told Joe Rutter of Trib Live just how impossible it is to beat Kansas City. Tomlin also laid out a path to success for the Steelers (and other teams) in the process by describing the balance needed to beat KC.

When asked about the recent blowout loss to Kansas City, Mike Tomlin said “They handled us and handled us definitively. We understand that, but at the same time, we’re not paralyzed by that.” Tomlin added “We accept that we didn’t plan well enough, but that was last time. We’re excited about the process of readiness this time, putting together a better plan, putting guys in position to make more consistent plays, particularly in weighty moments and situational ball.”

When discussing Kansas City Chiefs QB Patrick Mahomes it sounds as if Mike Tomlin is describing a golden god. The long and short of it is Mahomes can do no wrong because he sees everything and fears nothing…

“It’s the ability to challenge you schematically and structurally but also in his ad-lib fashion as he extends plays. It’s his ability to create time and space to allow plays to develop that is unique and challenging. He threw a red-zone touchdown where he probably held the ball for five or six seconds. He doesn’t feel pressure that’s not there. He has a low pulse rate. I think that allows him to extend plays.” (via)

Mike Tomlin went on to discuss how there has to be a very calculated balance when facing the Kansas City Chiefs. The Steelers led the league in sacks (55) but only got to Mahomes twice. Tomlin says that if you prepare against Kansas City and Mahomes relying strictly on your team’s strengths then you’re destined to lose:

“You better be prepared to do all of the above. When you play good people, you can’t beat them in a one-dimensional way. You can’t. So it’s going to take the full complement of what it is we do, and it’s going to have to be done at a high level from an execution standpoint.”

The Chiefs are currently 12.5 point favorites over the Steelers. All signs indicate that this will be ab blowout and most likely Ben Roethlisberger’s last game in the NFL. But nobody really expected Pittsburgh to make the playoffs to begin with and now that they’re there, anything can happen.