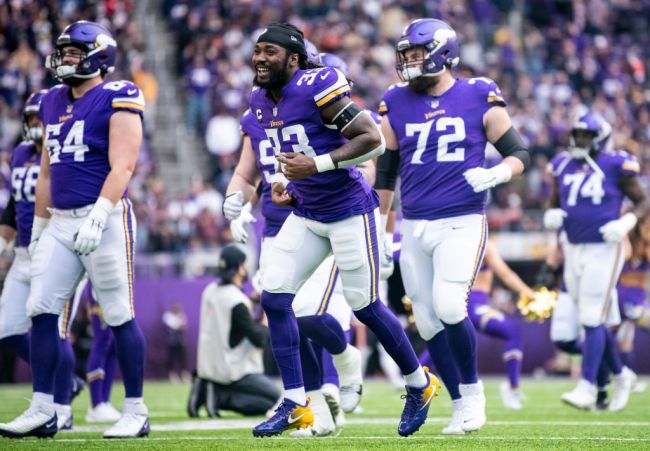 The NFL’s coaching carousel has been a popular topic of conversation lately. Sean Payton retired. 4 teams filled their head coaching vacancies. The Raiders were rumored to be joining that list. There still isn’t anybody that wants to coach the Jags. Then there was yesterday’s bombshell.

This year’s hiring process has really dominated the news cycle. Now, there is another surprising piece of head coach news that looks like it is about to drop. According to The Athletic’s Bruce Feldman, we are likely going to see Jim Harbaugh back in the NFL very soon.

Big day on the Jim Harbaugh front with Michigan. He’s meeting with the Vikings today. He had zoomed with them a few days ago. The feeling from sources inside UM is that he’s getting offered the HC job and will take it. https://t.co/PacftTtmax

This would leave Michigan in a tough situation with a lot of movement having already happened on the coaching front in college football. They will have a much more difficult time finding the level of replacement they may have otherwise been able to attract.

For the Vikings, Harbaugh would be a very interesting hire. The Vikings have barely missed being a .500 team each of the last two seasons even though many projected them as a playoff team.

Harbaugh’s worst NFL season saw him finish 8-8. His other 3 seasons saw the 49ers make at least the NFC Championship game in each season and make a Super Bowl appearance. If he has anything close to that same level of success in Minnesota this would be a great hire for them.

For Harbaugh, it’s all about a Super Bowl. The reason he is returning to the NFL is to cross that accomplishment off his list. Whether or not the Minnesota Vikings are a franchise that can help him achieve that remains to be seen.