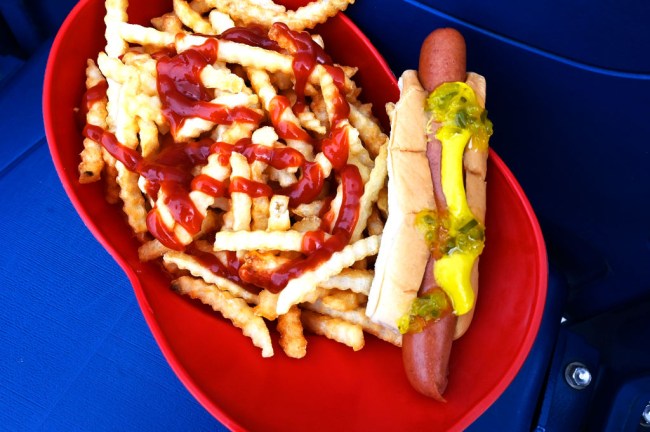 Your typical minor league baseball game lacks the kind of atmosphere you’d normally be treated to if you attended one featuring MLB players who get paid enough to live a lifestyle that is the polar opposite of the generally miserable existence most guys in the farm system have to deal with, but if you want to watch the pros do their thing in person, you’re also going to have to deal with the often absurd price tag that helps make those aforementioned lifestyles possible.

The last time I attended a baseball game in person was at Yankee Stadium on a Sunday afternoon in September, where I may have spent more time checking the status of my fantasy football team than I did watching the contest itself. The only reason I went in the first place was that the tab was picked up by a large financial institution that was under the impression I was a client of my college buddy who invited me, and I would’ve taken him up on the opportunity to drink beers for free and hang for a few hours even if the tickets had been for Disney on Ice Presents: Frozen instead.

As a result, if I ever pay to go to a baseball game again, it’ll likely be in a once-prominent industrial city whose best days are behind it at a stadium that fits 12,000 people where 40% of the seats are filled as opposed to the usual 20% because a Double-AA affiliate managed to dream up a particularly whacky promotion I couldn’t resist.

I’ve always argued the sports marketing majors employed by minor league teams are a much more valuable asset to them than the guys that actually play for them, as even the players are more than aware that they’re not even the main attraction on the field if they find themselves on a club that employs a bat-retrieving dog. After all, it’s not a secret that most semi-professional organizations don’t exactly print money, so they’re always on the hunt for new ways to boost revenue.

This is especially true during a time when there’s no baseball to be found thanks to the current state of reality, and according to Food and Wine, some clubs are taking inspiration from the restaurants, bars, and breweries that have begun to offer curbside pickup to stay afloat by giving fans a chance to get some semblance of the ballpark experience at home with the help of some classic concession stand foods to go.

Starting this week, fans of the Richmond Flying Squirrels will be able to pick up some standard ballgame fare on Fridays while the Fort Wayne Tin Caps are offering $185 meal kits they say can feed an average family looking to subside on greasy food for a week.

Starting this week, the Squirrels will have ballpark food available for curbside pickup with Funnville Foodie Fridays on deck at The Diamond. 🌭🍔🍟

We still have Family 5-Meal Kits available for Memorial Day Weekend with pickup on Friday, May 22! 🍎⚾️

Avoid the meal prep, and receive FIVE meals of Parkview Field fan favorites for only $185! 👏

Sure, these foods might not taste as good as they would if you were watching a mascot devour an umpire or trying to keep up with the shell game made with technology straight out of 2004 while you’re chowing down but I’ll take what I can to get a taste of the good old days in times like these.