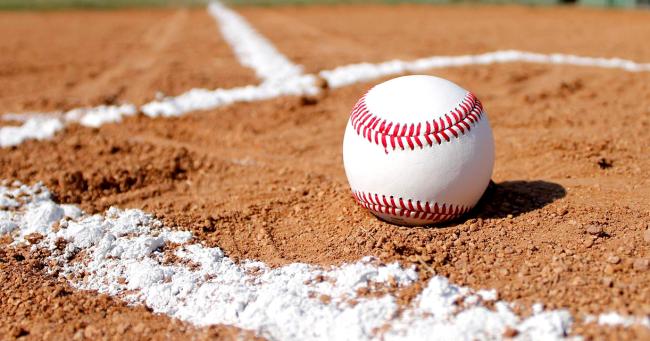 A lot of weird things have happened over the years during baseball games, but Columbus Clippers third baseman Ernie Clement had the most unusual ground out you will ever see during Wednesday’s game against the Toledo Mud Hens.

Leading off the second inning of the game between the Triple-A affiliates of the New York Yankees and Cleveland Guardians, Clement took a big cut at a 1-2 pitch and grounded out to … Mud Hens catcher Dustin Garneau?

Yep. He took a full swing and grounded out to the catcher.

Neither Garneau nor Clement seemed to realize at first what had just happened. The 26-year-old Clement didn’t even make an attempt to run to first base.

Just when you think you’ve seen everything in baseball, something like this happens. Watch…

Talk about hitting a hard ground ball. Just put that one in the scorebook as “2 unassisted.”

It’s pretty safe to say that never before in the history of baseball has a shorter ground out ever received so much media attention.

MLB.com posted about it. Local Cleveland news wrote about it. Even the New York Post got in on the fun.

Columbus Clippers broadcaster Ryan Mitchell, who you can hear on the call saying, “Are you kidding me?” told the New York Post, “To me that’s the best part of baseball is you can be coming to the ballpark every single day, all season long for season after season and season and there’s a really good chance you’re gonna see something at a ballpark you’ve never seen before and for a lot of people that were there tonight and the reaction online, most have never seen what happened at Huntington Park tonight.”

Turns out that the reason the ball got stuck in the ground was probably due to a rain delay prior to the game getting started.

No wonder the Mud Hens ended up winning the game 4 to 0.

Reactions to the unusual ground out on social media, including one from Clement himself, were pretty comical.

Been hammering baseballs into the ground for a long time, but I’ve definitely never done this😂 https://t.co/UcFnQ10lgc

What’s the exit velo on that one?

Too much SpiderTac on that ball.

That would be a HR in Yankee Stadium

Incredibly, that wasn’t the only weird thing to happen during a Minor League game Wednesday night. Check this out…

Jays prospect Gabriel Moreno smoked this ball so hard it got stuck in the wall pic.twitter.com/vqtcW9XtHy