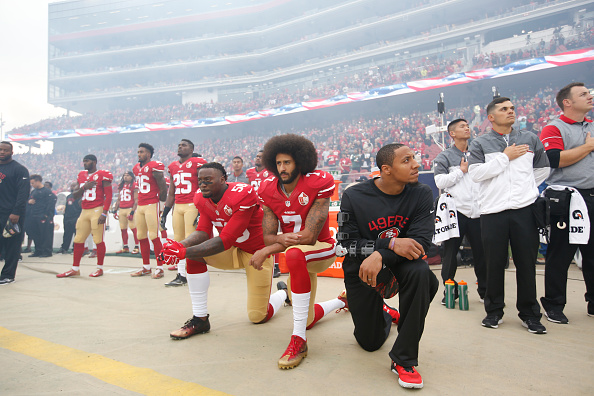 Earlier this week Nike made headlines when they revealed that they were going to feature controversial football star Colin Kaepernick, who is currently suing the NFL for colluding to keep him out of the league, in the company’s 30th anniversary marketing campaign.

On Thursday, Nike ran this commercial during the NFL’s season opener and plans to continue running commercial throughout the NFL season.

Not everyone is pleased with Nike’s decision to prominently feature the politically vocal Kaepernick who has used his platform to speak against social injustice.

Missouri’s College of the Ozarks has become the first school to drop Nike because they feel the company is “promoting an attitude of division and disrespect toward America”.

“In their new ad campaign, we believe Nike executives are promoting an attitude of division and disrespect toward America,” C in a statement. “If Nike is ashamed of America, we are ashamed of them. We also believe that those who know what sacrifice is all about are more likely to be wearing a military uniform than an athletic uniform.”

“Nike is free to campaign as it sees fit, as the College is free, and honor-bound by its mission and goals, to ensure that it respects our country and those who truly served and sacrificed,” Linson said.