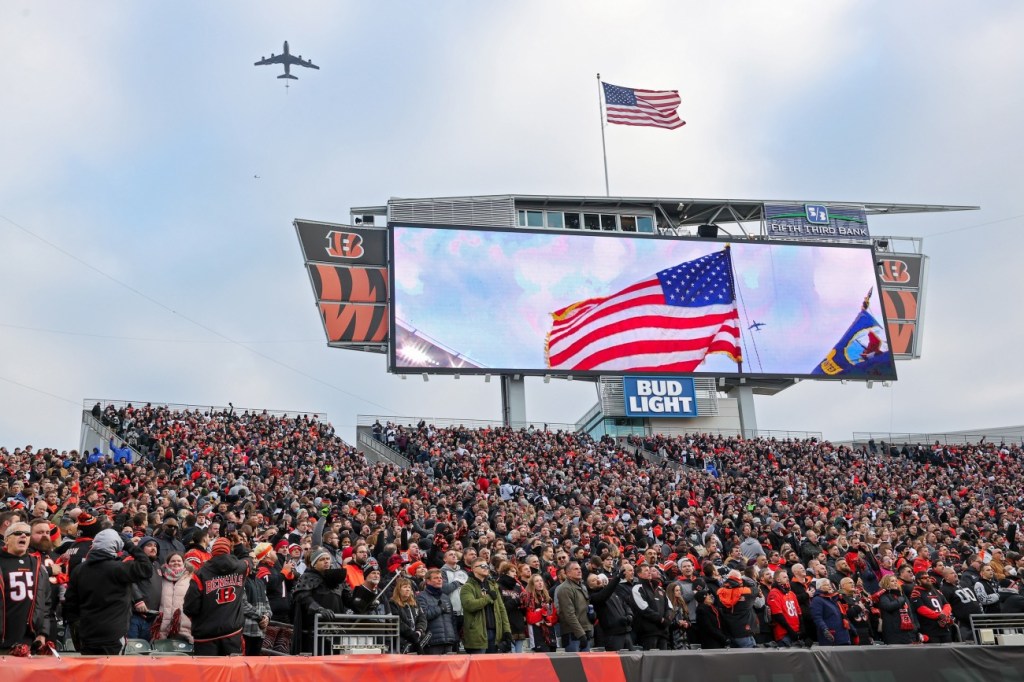 The Cincinnati Bengals have called Paul Brown Stadium home for 22 long years, since it was first opened on August 19, 2000. Paul Brown Stadium was named in honor of the Bengals’ founder, Paul Brown, but is mostly known to fans as ‘The Jungle’ which makes a name change a bit easier.

We now live in an era where stadium naming rights are worth tens and tens of millions of dollars to franchises. So it was only a matter of time before the Bengals cashed in on a new naming rights deal, one they just announced on Tuesday. Paul Brown Stadium will now be known as ‘Paycor Stadium’.

The Bengals’ press release describes Paycor as a “leading human capital management (HCM) company” and one that’s been headquartered in Cincinnati for 30+ years. They’ve been the Bengals’ HR software provider since 2018 and the company IPO’d in 2021. Bengals fans obviously love the fact that their stadium has been named after the team’s founder for 22 years so the reaction to ‘Paycor Stadium’ is mixed.

Bengals’ President Mike Brown on his franchise losing the name of his father off the team’s stadium: “This is a move that I think my father would have agreed to. He was always for what is best for the football team.”

And what’s best for this team is to get ready to pay QB Joe Burrow.

The major upside here is the Bengals will have money to pay their players. And the flip side of that is every NFL team is completely stacked with cash and there’s a salary cap. But more money will certainly allow for improvements to the facilities and enhancements elsewhere.

Man. Shoulda been Jungle Jim's Stadium. 🤣 Really though. Happy to see the Bengals move into the future and get some money to pay Joe.

This isn’t College Football. Paycor’s paying for the branding…

They couldn’t have done Paycor Field at Paul Brown Stadium?

Okay? Good for you?

As was the case with Heinz Field changing its name, the majority of Bengals fans will continue calling the stadium whatever they’ve been calling it for over two decades. Nothing will change for them except the Bengals will get paid and the practice facilities and luxury amenities might improve.

Heinz Field is no more.