Ben Roethlisberger Speaks Out About The New Name For Heinz Field, Sends Steelers Nation A Message 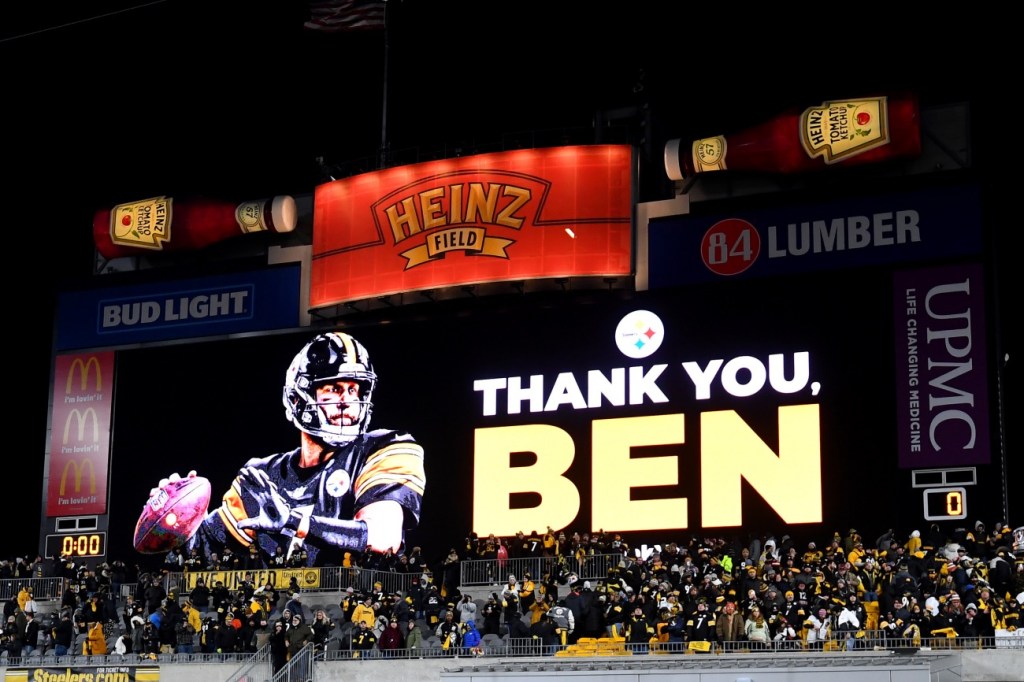 The Pittsburgh Steelers announced on Monday they’d entered a new naming partnership for their stadium. Heinz previously paid $57 million for a 20-year naming rights partnership of Heinz Field, home of the Steelers and Pitt, but the cost of stadium naming rights in the NFL have gone through the roof since then.

Heinz Field will now be named Acrisure Stadium after the Michigan-based brokerage firm is reportedly paying over $10 million/year for the rights. A move that many Steelers fans and NFL fans clowned on because the company isn’t even based in Pittsburgh. Amongst those adding their two cents was Steelers legend Ben Roethlisberger.

Big Ben spoke out about the new name of Heinz Field and essentially denounced the Acrisure Stadium name, a move I’m sure the owner was none too pleased about. Ben Roethlisberger’s tweet also triggered a lot of reactions from Steelers fans.

Ben Roethlisberger Speaks Out About The New Name For Heinz Field

I can't believe it, it doesn't seem right or real! Home will always be Heinz Field! I will never forget the last game, and all the amazing fans at FOREVER HEINZ! — Ben.#ForeverHeinz

Big Ben says ‘Home will always be Heinz Field!’ and he’s not wrong…

Multiple generations of Steelers fans have an attachment to the name Heinz Field. Heck, the entire city of Baltimore pretty much bans any Heinz products from its restaurants because of their rivalry. That name was bigger than most stadiums and a LOT of Steelers fans, including Ben Roethlisberger, won’t just give that name up because the team’s getting $10M+ per year.

Here’s what the fans are saying in line with Ben Roethlisberger saying ‘Home will always be Heinz Field!’ The stadium opened in 2001 so it only 3 years under its belt before the arrival of Big Ben up until this new era:

Its definitely forever gonna be Heinz Field to me.
No matter what we call the place though it's still home and the fans are gonna cheer just as loud there as always for our team!#ForeverHeinz #ForeverASteelersFan

I can certainly think of some other legacies for Ben Roethlisberger…

It’s Heinz to me!

Ben Roethlisberger earned $267,286,864 in career with the Pittsburgh Steelers. It would’ve been glorious if he just bought 1 year of naming rights after retirement to name the stadium after himself.

Acrisure Stadium is now one of the worst stadium names in the NFL. That’s just my opinion. But it’s actually probably a brilliant move for Acrisure because many of us didn’t know who they were until Monday and soon they’ll be a household name.

The Kraft-Heinz Company did release a statement about losing the naming rights. Their explanation is the price just got way too high. They said the asking amount was “significantly more than we could justify” and everyone gets that, but the name will be missed and Ben Roethlisberger will continue to call it Heinz Field regardless of the actual name.