If You Want To Catch A Home Run, Here’s The Section You Should Sit In At Every MLB Ballpark

Catching a home run at the ballpark is one of the greatest traditions in sports. Whether or not you should bring a glove to the ballpark has been a matter of debate lately on Twitter, the yes/no answer often hinging on how old you are. Nevertheless, catching a home run is a great way for fans to feel like they’re a part of the game.

In some cases, catching a home run ball can be extremely lucrative for fans. If it’s a milestone like Alex Rodriguez‘s 3,000th hit which was a home run at Yankee Stadium then the player might be willing to fork over $$$$$ for that baseball. Other times, it’s just a great keepsake for the fan.

If you’re planning on hitting a few baseball games this Summer and want to catch a home run then you can plan ahead. Instead of just winging it, and hoping that a ball miraculously lands in your section of the outfield you can use this handy chart from SeatGeek and ESPN which shows the section at every MLB ballpark where home run balls land most often. And, if you’re really looking to catch a home run ball and are willing to travel to new ballparks they’ve put together a second chart which shows how many home runs land in that section each year: 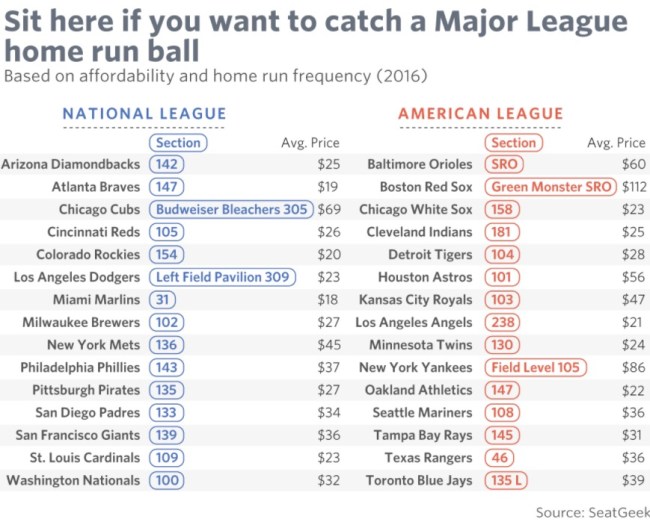 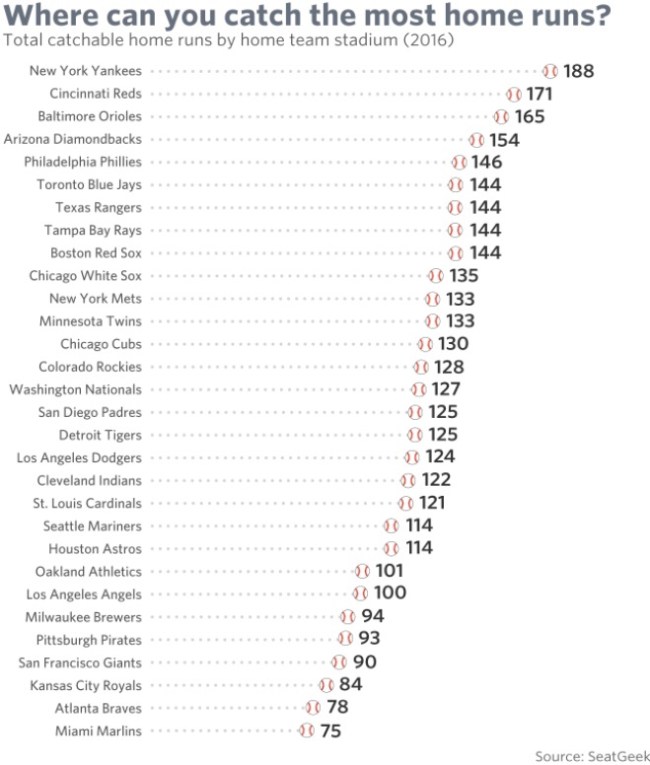 If you really want to maximize your chances of catching a home run ball this Summer then you need to be sitting in Field Level 105 at Yankee Stadium, or Section 105 at the Great American Ballpark in Cincinnati. There’s where you’ll be most likely to come home with a home run ball as a souvenir…Big shout out to SeatGeek for compiling this data!